Good Friday? It was a GREAT Friday!

At 8pm this evening, we brought out the hogs.

They were a 2013 purchase and the boys were a tad too young for them.  After a week of running around the garden, having slices shaved off my ankles and visions of never being able to stand upright again, I made my excuses and left them to it.

The bicycles were brought in and stabled for the winter.

The glorious weather we are having at the moment prompted their dusting off.  Saddles were raised, oil was poured generously onto chains, pedals and brakes and the boys pushed them outside.

Until this evening that is!

Within a matter of minutes, the two older boys were plain sailing, or pedaling solo.Not a bother on them.  Delighted with themselves. 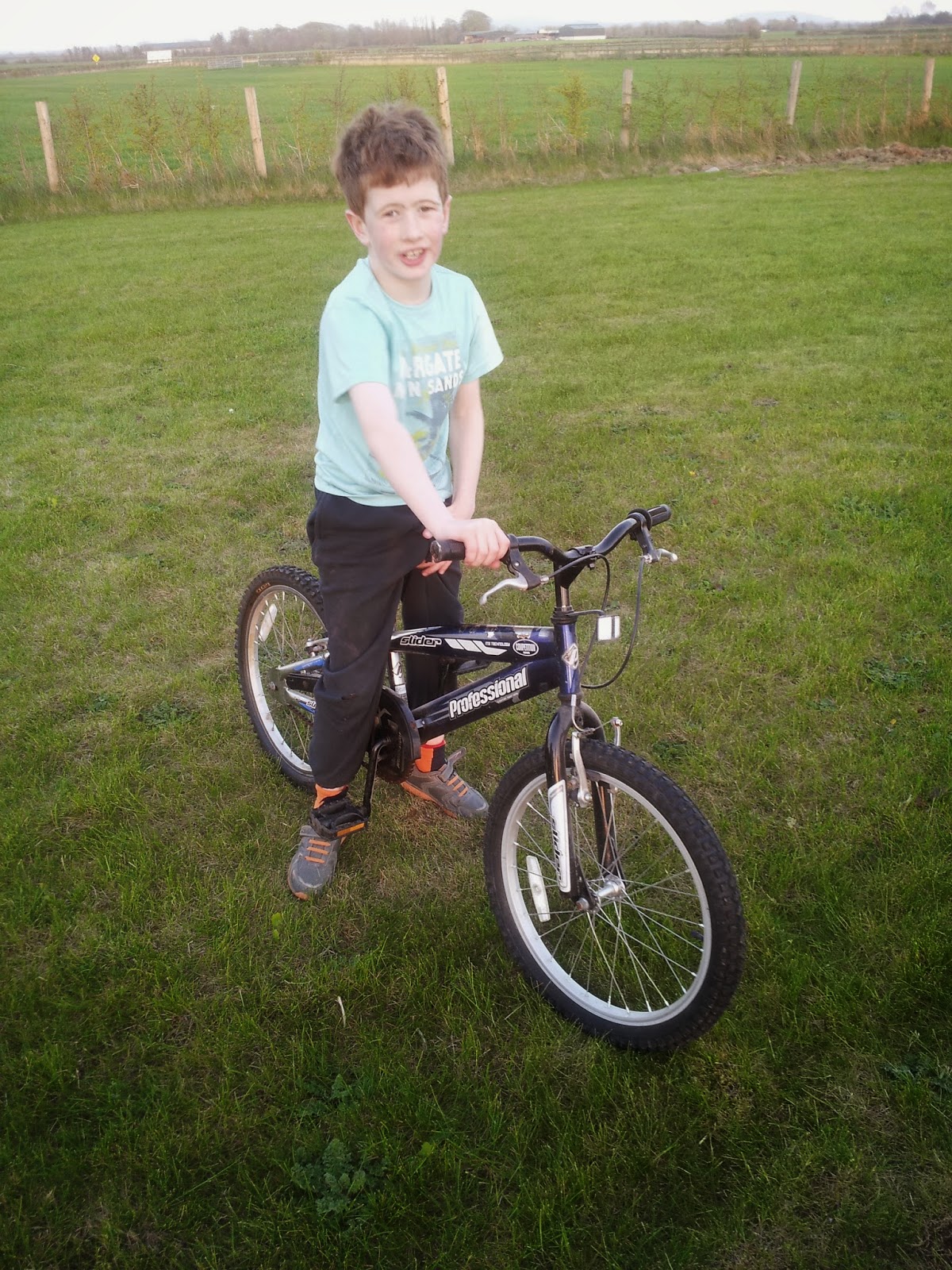 There might be a few aches and pains tomorrow but they'll get over it.

It wasn't a good Friday - it was a GREAT Friday.