Things That Have Broken Me This Month 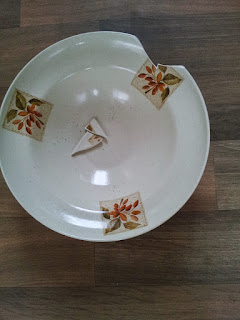 It’s been a good month. I have no complaints.  Wait.  Except three.  I have three complaints.  These are the things that almost broke me this month.

Stikeez.  For the uninitiated out there Stikeez, according to Google are, “a range of 24 figurines that can be collected, played and swopped with friends.”  According to me, Stikeez are, “a range of 24 head wrecking fuckers with names like Winker, Chukapi and Nohorse, that can be collected, eaten by the dog and cause the mofo of all rows between siblings.”  Rolled out by Lidl a couple of months ago, you could buy them for 50c each or get one free with every €15 spent in store.  They live in a cardboard submarine that costs €2.49.   We have four collections in the house.  Four!  At the time of writing we had three complete collections and were actively seeking an Oscar, a Sweety and a Mr. Squid for Smallest Boy.  This week I had meetings, actual meetings with other people who were in the same boat as me; driven demented by their kids looking to source the last couple of Stikeez for their submarines.  The good news?   Apparently Lidl are rolling out a new range in November.  Rumour has it it’s a spaceship.  I just might board it.  Hide, hide now! 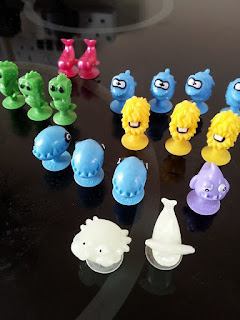 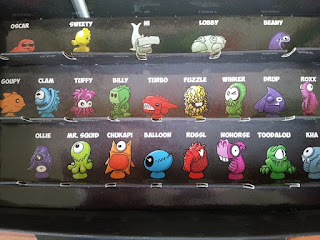 Argos three for two.  I am aware it is only September.  I am also aware that I might come across as smug if I say I have started my Christmas shopping.  But it’s only a little dent.  Tiny.  You’d hardly notice it.  When your kids are off enjoying themselves at a birthday party you take advantage of those few precious hours and make hay whilst the three for two offer is still available.  Except the items your kids want are never available.  Never.  It’s a pain in the hoop!  That is why it’s only a little dent in my Christmas shopping.  A Nerf Guns sized dent. I have the same problem every year.  It must be said though the kids have decided to take pity on Santa this year and their requests are very reasonable indeed. 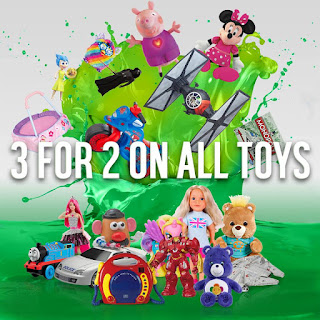 The ploughing championships.  This one did try very hard to break me.  Literally. I did something to my back pushing the buggy in my haste to beat it the hell out of there.  Gah!!!   Two of the boys had audiology appointments early Thursday morning and we decided to stop in at the Ploughing Championships in Co. Laois on the way home.  Under duress, I might add.  There is a reason why I have never been.  Anyhow, €40 for a walk and €18 for 25 chips later, we were on our way out.  Maybe after two hours.  I didn’t feel it happen but I sure felt a glitch in my lower back when I got out of the car.   Today is day 3 and it has definitely improved but it meant I haven’t been able to go for a precious run in three days.  Maybe it’s time I also got my foot balance inserts looked at again. 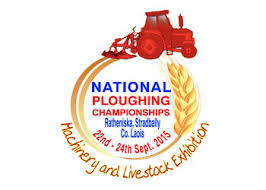 It’s not nice being broken. 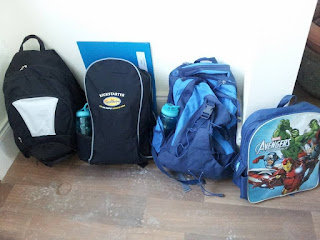 So.  They’ve been back at school a few weeks now.

And I’ve had enough.  Already.  I have no staying power.  No stamina.  Or patience.  Or interest.

They were only back two days, two days, when the first text message pinged through with the words, “head lice alert.  The fuckers are in the school.    Remember, we have your address.  We know where to find you.  Treat your child accordingly.”  Or words to that effect.

I laughed at it.  But I also did a quick check.  Touch wood, and this is where I jinx myself, but we’ve never had the joy of eradicating head lice.  I believe we are very lucky.

All of the pencils and pencil sharpeners have gone missing.  All of them.  Each child has accused me of not giving them any in the first place.

Yesterday saw the first of probably many times the wrong geansaí comes home from school.  This jumper smelled like a summer meadow.  I knew immediately it wasn’t his.  It was a brand new model without a name on its brand new label.  A size smaller than my boy’s.  My poor child is wearing a jumper that is third hand.  The sleeves are frayed and it is a little thin.  It also has his older brother’s name on it. I suspect the mistake will be spotted sharpish.

The telling of all the tales hasn’t stopped.  I am so sick of the junior years in school.  Sick I tell you.  Small kids aren’t very good at realising a bump in the school yard was not another child being mean or trying to kill them.  It was an accident.  End of.  Also for the record, no-one owns a game.  You can so join in.  Just do it.  Don’t bother asking.  There are dozens of other kidlets running around.  They’ll never notice one extra.

The homework.  Oh, sweet baby Jesus.  The homework.  One boy has colouring in.  Maybe a page of the letter T.  It takes about 96 seconds.  The other two have proper stuff to do.  Comprehension and everything.  A few sums.  Reading and spellings.  It still takes all of twenty minutes.  But it takes up to an hour begging/threatening/forcing them to the table to do it.

We’ve had a sick day already.  In fairness to the boy, he likes school and doesn’t pull fast ones like this so I believed him.  He proceeded to eat rings round himself all morning which made me think he may have had growing pains instead of a dodgy tummy.  He was grand 24 hours later.  But it didn’t make up for the fact that I missed a coffee catch up and my usual morning run with the dog.

Bed time.  This one speaks for itself.  We are still not on our winter time.  It takes an hour for all of the messing to cease.  Sometimes Smallest Boy is lying in wait for me and I have to get into his bed until he nods off.  Sometimes it works and I can return to my own scratcher for the rest of the night and sometimes it doesn’t.  It is during these fails that I am woken by an irate little boy at the side of my bed demanding to know why I escaped a half hour later.

Morning time.  See the bed time for reasons behind sleepy heads and cranky faces at 7.30am the next morning.   All of the cry’s.

The lunches.  It did occur to me that if I opened my lunch box every single day and saw ham sandwiches, I’d probably screw it up into a ball as well.  But he won’t eat anything.  5 grapes, 2 slices of apple and a Belvita breakfast-loaded-with-sugar-bar is all he will take.  It’s pathetic.  I hate lunches.

Did I forget anything?  School runs are in there too, of course.    Strangely enough I haven’t fallen out of love with these yet.  I know.  It’s weird.  I’m lucky in that I don’t have to do the middle one.  And the older two boys have a nicely synchronised let out time – at the moment – so it’s quick enough.

It has occurred to me that three whole hours all to myself in the morning is keeping me very, very sweet.  I’ve managed a run most days since they’ve gone back.  Followed by a lovely, uninterrupted breakfast of fruit, yogurt and home-made granola.  Outside.   A shower without anyone screeching to come in.  Scalding hot coffee an hour later.

Oh, wait. I’m supposed to be giving out about school.

On the definite bright side.  Halloween mid-term is only 5 weeks away.

His Name Is Aylan 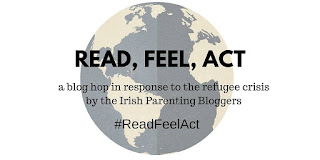 I tried to write this post four times. Maybe five.  Each time I walked away; disgusted at my attempts.  Frustrated at the futility of my words.  Pissed off because let’s face it, what’s my pathetic blog post going to change?


A small three year old boy and his five year old brother perished this week alongside their mother.


In a week where children everywhere went back to school after a long summer break, another boy and his brother will never have that privilege, that right.


On a day where I followed my two youngest around the garden on yet another dinosaur hunt, another boy and his brother will never play, anywhere, again.


On a night where I rested my hand a little longer than usual on four heads as they slept, another boy and his brother will never receive a goodnight kiss again.


Because they are dead.


I call my youngest Small Boy and this week another small boy was pictured washed up on a beach in Bodrum having drowned as he and his family tried to flee their war torn country.


Aylan Kurdi and his brother Galip are not the first children to die as a result of the wars tearing their countries apart.  And they most likely will not be the last.


Others have lost their lives in horrific circumstances but it was the sight of the three year old’s lifeless body that stopped everyone in their tracks.


It’s horrific.  It’s harrowing.  It seems so pointless and too mammoth a problem to solve.  Where on earth do you start?


Over the last few days I have read and listened to dozens of radio reports about Syria and little Aylan.  Dozens.  Most people are open minded and have some compassion and empathy.  Then there are those who demand to know why we should open our gates to migrants.  Haven’t we enough to worry about here with our own homelessness problems?


Yes, yes we do but that problem isn’t going to go away any time soon either.  If it ever does.


I think we tend to forget.  Initially we react strongly to the horror that is presented to us and after a fashion we forget.  Our own lives continue and that of our kids.


But in this case two little lives lost and washed up on a beach in Bodrum will never continue.


I think it’s horrific what happened to that child.  Beaches are for playing on.  But in another, perhaps perverse way, I am also glad for him.


Glad because his pain and suffering has come to an end.


In the way it has always been and always will be, those who pass on are at peace; it is those left behind who have to deal with the grief and upheaval.


His name is Aylan.