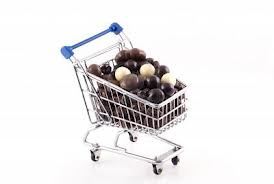 “I would exercise but it makes me spill my drink”
You know when you just know something without seeing it written down, without being told about it?  You just know?  Kind of like, don’t touch that boiling hot thing, you’ll get burned.  The same as knowing if you don’t put the milk back in the fridge it will sour.  Being aware that if you don’t feed your kids, they will be taken from you.  That kind of stuff.  Well, my eureka moment this week was a little bit like that.  I knew it already, everyone does, but I still wasn’t doing it.  It’s the whole “if you don’t buy the bloody chocolate you won’t be able to eat it” theory thus it will naturally follow that extra weight will not be gained.  See?  Simple.  Everyone knows this. Simple yet so dreadfully hard to actually do.  Now, I can’t walk past Penney’s.  I am physically unable to do it.  It’s my idea of a pound shop that sells clothes. I even get a slight quiver about my person whenever I enter its hallowed ground.   Equally I am without willpower when it comes to ignoring those large I-will-in-my-arse share bags of giant chocolate buttons.  When the supermarket has them on offer at two for €4, well, damn, I have to be held back from loading up the trolley.  Once upon a time our weekly shop came in at just under €100.  Over the last six months or so it has been creeping up to €150.  This increase would have a lot to do with being shadowed by four kids and a Mister Husband.  Screecher Creature No. 4 has rapidly reached the age where he screams blue murder when he sees his older brothers get something and his isn’t forthcoming.  So he has to be included in everything now.   It’s usually a useless piece of brightly coloured plastic which is utterly and inextricably linked to their very existence and they simply must have it.  Mister Husband’s weekly toy treat alternates between yet another set of headphones and a manly tool of some description or other.  (If he would put away his many, many, many headphones after he is finished using them, the kids or Juno wouldn’t get their collective paws on them and eat them!) And one of the biggest expenses, it has to be said, are the treat items.  I buy treats for me, treats for Mister Husband, treats for the Screecher Creatures, treats for treat Friday in school, treats for group and oh look, I’ve never tasted those before treats.  So naturally the cost of our weekly shop was on the increase.  It was, in the words of all the best and Oscar winning drama queens, getting out of control.   So I decided to drastically curtail the junk food that liked to bungee jump off the shelves and into the trolley. Bring on the eureka moment:  if it’s not in the house, it cannot be eaten.  Ok, so I was climbing the walls looking for some chocolaty goodness to have with a coffee on Monday afternoon, but because there was none to be had, I just had to suck it up.   I did buy some chocolate.  Two things I definitely am not are (a) a lady and (b) a saint.  My beloved giant chocolate buttons came home with me but I also discovered the true meaning of the expression “puppy dog eyes.”  Not only am I in full on sharing my chocolate mode with the Screecher Creatures, Juno loves me to death. I accidently dropped a chocolate something or other on the floor and she pounced before I could.  Queue full on puppy dog eyes.  Every time I go to the fridge.  She knows this is where the melty stuff lives.  She’s only been in the house a couple of months and already she knows why I go to the fridge so often. It’s all good.   I’m thinking when the boys are back in school proper and all nicely settled down, I’m going to hit this potty training lark full on.  Me and a giant bag of Maltesers.  I’ll have her peeing in the garden and not all over the house in a week. Heck, I’d pee in the garden if someone was going to reward me with chocolate. 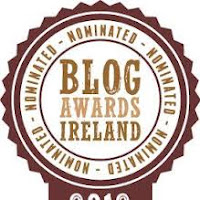 Well Holy God! Back to School! 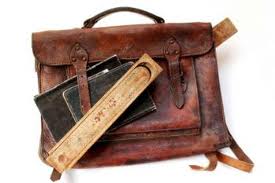 I woke up this morning and I swear to god I could hear the theme tune from Glenroe1. It was really weird.

A really, really weird soap opera set in Wicklow, outlining the shenanigans of a curly haired farmer and his missus. Or was she the one with curly hair?

Anyhow, a few hundred deprived Irish people, with nothing better to do, used to turn on their tellies of a Sunday evening to watch the shenanigans of Miley and Biddy.  The farmer and his wife.    Two monikers, I’m sure, that will never reach the top five most popular names in Ireland.  Oh, wait.  Isn’t there a Miley Cyrus somewhere?  Fancy that!  Also quite possibly all the bales of hay in this god only knows why, popular Irish soap were the inspiration for many a Mills & Boon backdrop.

Didn’t Miley do the bold thing with a relative of his missus in the barn once?  I suppose even 50 Shades of Grey had to start somewhere.  Anyway, back to what I was saying. I definitely heard the theme tune of Glenroe playing this morning.  Straight away I was flung back to secondary school on a Sunday night.  In a mad panic because my sums weren’t done, hadn’t learnt my chapter on Peig Sayers2 and the next day being Monday, meant I had Home Economics and fekin PE.  Both double classes.

In those days I travelled to school by bicycle so I had a school bag the size of a 6 man tent strapped to the carrier on the back and on the handlebars because it was Monday, a bag of Pyrex dishes3 and flour swinging out of one handlebar, a sports bag with a grungy tracksuit and pair of manky runners on the other.

For me, the theme tune of Glenroe, straight after Where in the World (remember that?  With the Farah Fawcetty hair on Theresa Lowe) whipped me into a frenzy.  I would approach my mother holding a notebook and pen with the instructions to write a “please excuse Herself for being late,” note in an effort to save time in the mornings.

We were supposed to be in school for 9am but typically we would just be leaving the house at that time.  My mother cottoned on to my time saving scheme and after a while I found myself writing the notes, one for us all, and she used to sign them.  The stress of it.  As a result I have to be three hours early for everything these days.

And now there is worry of a different nature as my kids are off to school in a matter of days.  I find myself fretting about one of them in particular.  As I’m stooped over him and wiping his arse, I wonder who is going to do this for him in school.  I shudder at the thought.  He also has a huge propensity for removing his shoes. The souls of his feet are black, stained with dirt.  Dirt that cannot be removed.  The skin will have to regenerate and rejuvenate to make them clean again.  I’m thinking about painting his feet, with permanent body paint so it looks like he wears shoes.  Would he get away with it I wonder?

But there is his other fondness too.  The one that is not so socially acceptable.  He likes to get naked. I can see my note writing days starting up again. Let’s see.  “Dear Muinteoir4 Maire Dolores, this is Iarla’s mammy.  He likes to get his kit off on occasion and get comfortable. Apologies in advance.   Please don’t get a fright.  P.S.  Isn’t his farmers tan lovely?”

Because I am lucky enough to have 3 readers in America, 7 in Australia and a few others dotted around the globe, the following Glossary is for your benefit.

Glenroe1: as briefly mentioned above, was a dreadful, beyond awful, full on Irish accented soap opera that ran for too many years.  I believe the priest on the pulpit one Sunday morning may even have mentioned the car crash in which poor Biddy, the farmer’s wife, bought the farm. Like Dallas, when Bobby died, ratings plummeted afterwards but unlike Dallas, Biddy did not show up in the shower a year later.  This is because they didn’t have showers on Glenroe farm.  A re-incarnated Biddy in the bath would have killed off the elderly viewers so they scrapped the soap shortly afterwards and these days people are glued to another one called Fair City.  Or Fairly Shitty if you want to know the truth.

Peig Sayers2.  Another Irish myth/legend/battle axe.  I can’t remember much about this old Irish lady.  I studied her (loosely, mind, very loosely) for about five hundred years in school and I think she came from the West of Ireland.  Her life by all accounts was considered fascinating enough to put on paper.  She bored the hell out of everyone in school and we all wished her dead.  Sorry, but we did.  I also studied Shakespeare and I enjoyed this very much but Peig Sayers, I would have paid good money to have shoved off the cliffs and into the sea.

Pyrex dishes3.  These are I am led to believe, an Irish phenomenon but I doubt it.  A heavy duty, thick as your skull type of glass that can withstand sarcasm and heat of a fierce temperature.   When I was growing up we had a particularly large and heavy one, complete with lid.  It managed to survive my bicycle for my secondary school career, plus the cooking.
Muinteoir4:  the Irish word for teacher.  My boys attend a lovely, lovely school.  There is no Yessir/ Yesmiss here.  It is all Muinteoir Daithi, Muinteoir Sinead, etc.  God, school.  Eight short weeks ago I was wondering how on earth we were going to fill the summer holidays.  It is now early Autumn and for Screecher Creatures No. 1 and 2, the school gates will be open in three more sleeps. 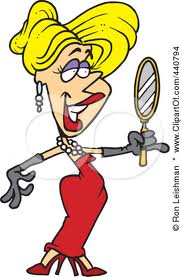 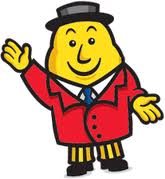