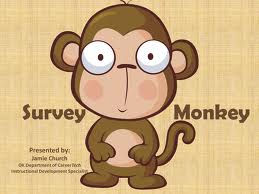 Survey Monkey.  For men only.

Ok go on; take it for your Mister Husband/Partner.  But go easy on him.  Give him every second one at least.

44.   “I’ll get them ready for bed.”  To you, does this mean?
(a)Putting their pyjamas on?
(b)Brushing their teeth?
(c)Reading them their bedtime story?

66.   Compare and contrast a washing machine and a hoover.

88.  It is precisely 5.47pm and your toddler is treating you to an Oscar winning meltdown.  What’s wrong with him?

110.  Your Missus Wife is having a raging dose of the hormentals.  Why?
(a)She is tired due to weeks of night time wake up calls and then early morning starts?
(b)There is no chocolate in the house.
(c)How the fuck should I know???? 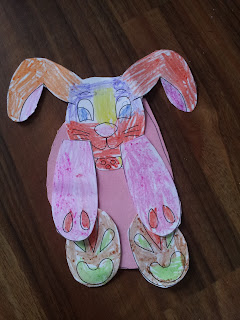 It hasn’t stopped raining in two days.  Non-stop.  There are pictures on the internet of abandoned cars half buried in lake puddles.

It is also two days since I got out for a run.  My head is blocked, my temper is short, and the dog keeps looking mournfully at me.  Every time I go under the stairs for the sweeping brush or the hoover, she tags along in joyous doggy delight, just waiting for my leg to be at the perfect angle so she can hump it.  She thinks I am getting her lead down and we are going for a run.

I have removed various Lego men, broken bits of plastic toys and what not from her jaws.

Smallest Boy slept for just forty minutes, in the car, and is a bit cross.

I have been given out to already because “there is nothing to do around here” and “we never get to go anywhere.”

I steal some wood glue from Mister Husband’s toy box and mix one part to two parts Cornflour to make oddly velvety clay.

What can we make out of it?

I suggest marbles, a snowman, Lego men, The Lonely Beast, fruit and vegetables or just plain old moulding it in their hands.

I grit my teeth because I would say something ugly and inappropriate otherwise.

Then Lovely Liam somehow falls into the toilet.  I don’t know either.  He said he slipped and it hurts and I was issued with strict and screechy instructions to make the pain go away.

Liam!  Why is your arse blue?

Suppose I’d better wash him rather than just swipe with some toilet paper.  Satisfied that a rash wasn’t appearing, I haul up his underclothes and head off to another summons.

Christ, the modelling clay made of glue.  Note to self:  do not give Smallest Boy play dough made out of glue.  Or plastic toy soldiers.  Or leave him sitting alone with a spoon and yogurt.

“Who wants to watch something on the telly?”

How can such an innocent question raise havoc?

Because they all want to watch something different, that’s how.

I fly into the kitchen and reappear with a plastic tub containing orange and mint biscuit treats.  They fight for several minutes over who gets what.

I decide for them and throw a handful onto the couch.  “Quick!” I say.  “Before Juno gets them!”

I leave them in the scrum and take my coffee to the bathroom.

The dog follows me.  Looking hopeful.

Sorry, Juno.  Again.   Still no walk and I close the bathroom door, mentally telling her she is not getting my leg to hump either.

Minutes later someone informs me, loudly, that Juno is eating the curtain and because they saw her, it doesn’t mean they have to pay for the damage.

The next three hours, yes three, are hideously filled with bowls of cereal, hot chocolates and Freddo bars, crackers and cheese, soup, chopped up fruit, cheese strings and ham sandwiches.

Initial offers of pasta are refused.  Our kids are grazers.

It is only the afternoon of the day they got their Easter holidays from school.  More than once I feel a slight panic over what on earth am I going to do with them for the next two weeks.  Especially if this crap weather keeps up.

They are too young to be fed the “it is not my job to entertain you” line.

And finally, Oldest Boy settles down at the table to read a facts of life book called What’s Happening To Me?

Shy Boy wanders off to the bathroom to, worryingly, lay an egg.

Lovely Liam and Smallest Boy get comfy in front of Netflix.

It may only be a ten minute reprieve, but that’s all I need.