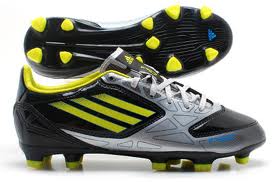 I may have mentioned a couple of times in the past that I am one of many.  I have 6 younger sisters and a brother.

There is an uncle on my mother’s side who had 6 sons then his daughter happened along.

I believe it is mother natures’ way of redressing the balance by giving me 4 sons.  Either that or it’s a perfect example of being careful what you wish for.

I met that uncle father of 6 boys on the street once.  I happened to be pregnant with another boy child.  His advice to me was, “get them a football, some boots and send them out to play.”

Words of wisdom indeed.  I was vaguely aware that boys, by their very nature, were active people.

I am now very, very aware, perhaps even hyper aware of that fact today.

Time to get sporty.

They have been taking swimming lessons since last September with great success.  The older two are now able to swim with the aid of one arm band, with Oldest Boy sometimes abandoning his altogether.

Gymnastics was another venture.  I say was, because they refuse to go anymore.  Oldest Boy went for two years and Shy Boy stuck it for three months.  There is more queuing than doing and they were bored.  The girls do each other’s hair and chat as they are waiting for their turn on the equipment but the boys, ours at least, were bored.

No-one can accuse me of not trying.  This next one isn’t a sport but Oldest Boy came home one day last year and asked why he wasn’t partaking in fiddle class on Monday after school. I asked him did he want to play an instrument.

He said he did.  I was more than a little surprised but I said nothing and forked out the twenty quid for the yearly rental of the fiddle.  He attended for the first term and half of the second.

Called it quits then but not before Smallest Boy pulled the fiddle case onto his head as I was changing his nappy one day, and pierced his forehead with the zip.

Yet another non-sports injury to add to the long list.

The next attempt at turning them into athletes, or at the very least, burning off some of their energy, is football.

I don’t know one end of a football from the other and nor do I want to.  But when Oldest Boy came home with a flyer for the GAA Registration Evening, something told me I was going to find out.

I was also pointed in the direction of a soccer club.  At least I think it’s soccer. Again, not clear on the differences between the games but there is a ball involved.

Then I decided the library would be a great idea.

The library is a fantastic institution.  My sisters and I loved it as kids.  We went every Saturday without fail.  We used to swing out of the barrier in front of the closed door as we waited for the librarian to drive up after her lunch break.

I signed us all up for the grand total of €6.  How good is that?  Do you remember how many books you were allowed to take out as a child?  I think we used to borrow three each.  How times have changed.

Needless to say, they took out two apiece.  My nerves were in tatters for the forty minutes we stayed in there. My boys can do a lot of damage in a short amount of time and suddenly I was having visions of the property of Athy Library being enjoyed by the dog as well.

There was no way thirty odd books were coming home with us.

We shall see how that one pans out.

As of yet, we haven’t made it to a football/soccer training session.  I know, Bad Mother alert.

See, 6 o’clock of a Friday evening sees me with precisely less than two energy cells to rub together.  And I need those energy cells to invent ways of getting out of going to football.

I feel guilty as hell.  I really do.

But all is not lost.  There is a club that meets up on Sunday morning at 11am and guess what?  They play indoors.  On an Astro pitch.

Guess what again?  There is a filling station across the way and they sell hot coffee.

Whoo hoo!  Maybe watching them kick a ball around for an hour will be fun after all?