These days my conversations run pretty much something like this.

Me:  What did you do in school today?
Child:   Stuff.
Me:  What kind of stuff?
Child:  Mammy, stop telling me questions.  You’re giving me a headache!  (And without pausing for breath) Mammy, which tree does chocolate grow on?
Me:  Ehhhhh,
Child:  Mammy, can we make daddy a birthday cake?
Me:  That's a great idea, Con!
Child:  A chocolate one, Mammy?
Me:  Lovely!
Child:  With jelly babies on top?
Me:  He'd love that, Con.
Child:  And what about ham, Mammy?
Me: ????????
Child:  Mammy?  What about ham?  With nuts, like the bakewell you make.  Mammy?  How do you know how to make bakewell?
Me:  (Still mentally hurling at the idea of a chocolate ham cake) Em, your Nana taught me, Con.
Child:  Oh.  Mammy?  Mammy!!  Mammy!  I'm going to change into a Super Alien and smash the bad lads up. 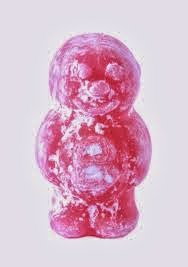 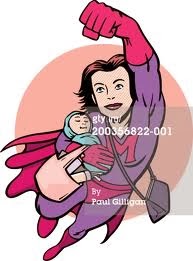 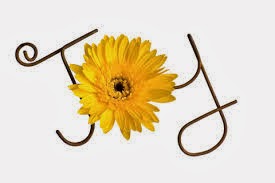 So autumn is upon us.  The schools are back and dare I say it, already thoughts are on the mid-term break.  At least mine are.  The transition from summer to autumn hasn’t been that bad.  In fact it’s been a lovely month in general.  Busy but then we’re all busy in our own areas.

We are into the final quarter of 2013.  That old saying is not wrong; time waits for no man.   I’ve decided this month to take a little step back from things in an effort to free up my mind, lower my stress levels and as a result, take something back for me.

It’s working.  I’ve prioritised a couple of things and realised in trying to make time by letting running go by the wayside, it just compounded things.  Exercise is essential for general health and well-being, particularly at this time of year when the light is fading. So I will start off my giving thanks with the reuniting of a long lost DVD friend.

Ms. Davina McCall.  It’s been a long time.  Too long.  But at this time of year when the dark mornings and evenings make it more or less impossible for me to pound the roads, I need to do something else.  I dug out my Davina McCall workout DVD and made the time to use it three to four times a week. 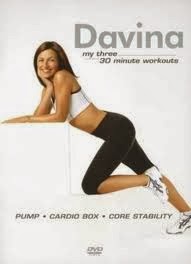 Planting spring bulbs.  Instead of putting them into pots, I thought it would be better to push daffodil and snowdrop bulbs deep into the ground.  Not too far away from us there is a house with a white lawn in early spring instead of a green one.  Snowdrops.  Everywhere.  So with a little help from my boys, we planted four boxes of snowdrops in the lawn and two nets of daffodil bulbs around the fruit trees at the end of the garden. 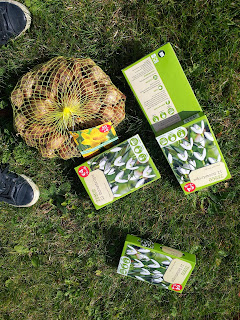 Swimming lessons.  Ours started back at the beginning of the month.  Something I once viewed as a chore is now a highlight of my weekend.  That first Saturday Oldest Boy was moved from Level 4 straight into Level 5 within minutes of getting into the water.  Shy Boy has mastered the art of swimming underwater. Without lessons. 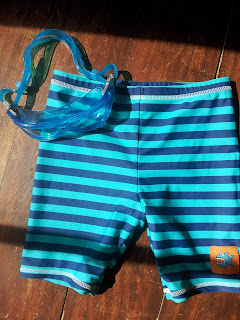 Birthday parties.  October 2005 and 2007 were busy years for baby boys coming into the world.  Shy Boy has been absolutely kilt this last year watching his older brother head off to such events and thought his turn would never come. That has all changed this month.  As I stood at the door to greet him when he came home from school, he was grinning from ear to ear in his daddy’s van, an invitation clutched in each hand.  He’s catching up at last. 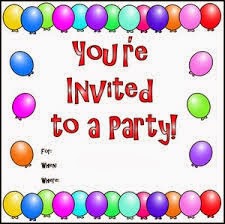 Loose teeth.  Another bugbear of Shy Boy’s was having a mouth full of healthy teeth.  “When will they start to fall out?”  If I heard that once over the last twelve months, I’ve heard it a dozen times.  He complained of not being able to eat his apple in school as his teeth hurt.  Sure enough, the hurt was caused by a tiny milk tooth on the bottom, one that wasn’t quite as firm as it once was.  Shining blue eyes are a sight to behold.  Imagine his utter joy when a couple of days later, two more teeth started to rock in their moorings. 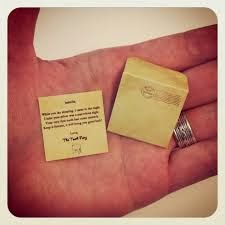 Baking stuff.  I dislike cooking intensely but love to bake.  I seem to have done a lot of it this month.  A coffee sponge, bakewell tarts and granola for breakfast.  Needless to say it was all gratefully received. 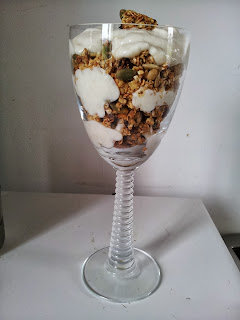 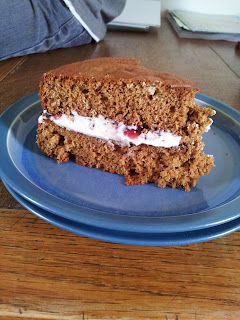 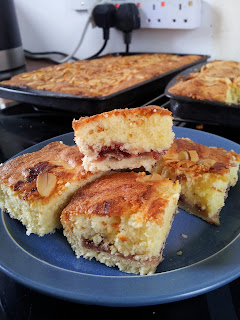 Music of choice.  A repeat offender here but well worth it.  Kodaline an Irish alternative rock quartet. And this, this has summer all over it.

About Time.  A romantic comedy starring Domhnall Gleeson with Rachel McAdams as his lady love.  I see kids’ films in the cinema all the time and this was a lovely treat.  I went with my sisters and as we were waiting for the lights to dim, one of them leaned across and asked was I aware he travelled through time in a wardrobe.  To say I was sceptical is an understatement.  I may even have uttered a swear word.  Until I saw it.   If you haven’t yet, what are you waiting for?  Go now.  Immediately. Tomorrow at the absolute latest!  You will not be disappointed. 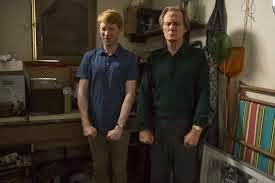 Halloween nails.  I found this on the worldwide web and I love it.  I am definitely going to have a go for Halloween. How pretty.

Signs of potty training.  It was always my intention to try and encourage Smallest Boy out of nappies in October when he will be two and a half.  I have started talking to him about it and how he will get big boy pants all for his very own self.  It has always been received with great excitement.  One evening recently as I was changing his nappy he asked for his big boy pants.  He wet himself within five minutes of course and he was back in his nappy the next day but it’s a sign.  Only a few weeks to go and I will be nappy free. 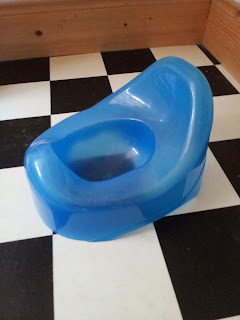 A sleep over.  This hasn’t happened yet but pretty soon Lovely Liam will be going on a sleep over.  There are just five small hours between Lovely Liam and his cousin.  This year they decided they were best friends forever and really connected.  A sleep over has been arranged much to the absolute disgust and envy of the older two boys.  But them’s the breaks when you’re busy going to birthday parties every weekend. 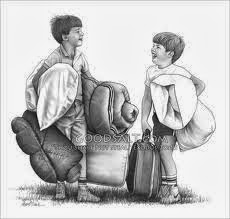 Last but definitely not least has got to be the return of my beloved Home and Away after a summer break.  It goes very well with a couple of glasses of Pinot Grigio on a Saturday evening.

I may have mentioned this already this week but it’s the simple things, folks.  And I’m nothing if not simple.  But don’t quote me on that.