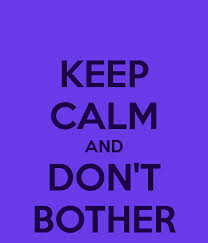 Through every single fault of our own, every time we do the weekly shop, the boys look for a toy.  It was something that started very innocently but like that damn snowball, it just got bigger and bigger.

I am nipping this in the bud.

I have clamped down hard.

Now, before we even get in the car, I tell them “no toys!”

They settle instead for a nice sugary treat.

After the obligatory giving out about the changing of the rules.

However, Oldest Boy owns a most excellent pair of swimming goggles.  They are easy to put on, don’t torture you by catching your hair around the elastic band and are just brilliant.

They cost twenty euros but were a birthday present.

Shy Boy covets them.  He uses crap ones that are not easy to put on, totally catch your hair and let in lots of water.

At the same time Oldest Boy is currently reading a series of books called Beast Quest and had me tormented for the next one.  These cost €7.15.

It was the last week of the summer holidays and I decided to treat them.

I took Shy Boy to one side and told him we were going to get him a treat that morning.  He had been talking about his swimming goggles the night before so stupidly I thought this would be the first thing that popped into his head.

“A toy?”  He looked up at me, light, hope and joy shining from his blue eyes.

“Eh,” I balked.  “What about your goggles?”  I hated, absolutely hated the way my own voice had dropped and the fact there was desperate optimism and dread in the tone.

He gave me his much practised disgusted look with hurt and utter disappointment thrown in for good measure.  His shoulders hunched up, he turned on his heel and walked away from me.

The very picture of a child whose favourite toy had been set alight in front of him.

I will tell you something here and now.  For free.

It gets you nowhere.