Who Will Save Her Children?


I wrote a longer version of this after the incident, years ago when I lived in Dublin.  I had forgotten all about it until I was throwing out some ancient floppy discs (remember those??) the other day.  A nine year marriage and four children later it reminds me of how much I have changed.  How much my children have changed me.  For the better it has to be said. Looking back, as someone with a very young nephew at the time, I’m amazed and ashamed of my reluctance to help this woman! 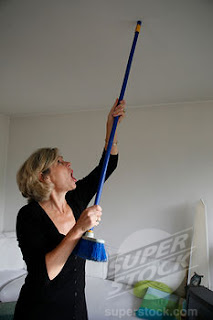 I used to live in an apartment complex where, a fact of Dublin life, no-one knew their neighbours.  The foreign family that lived above us were not the quietest in the word and that evening it sounded like mammy and daddy were having a row and the kids were providing background vocals.

Here we go again!  It was a glorious spring evening and I was finished work for the day.  The last thing I wanted was to be made privy to a domestic.  The “row” continued for several minutes with the noise level rising.  I was reaching the end of my tether so I marched out into the hall, grabbed the golf umbrella and belted it a couple of times off the ceiling.  Home and Away was about to start and I wanted my bloody dinner! And there was some laundry I wanted to put away.  I had just gone into the bedroom when I heard a knock on the door.
Straight away I thought it was the daddy from upstairs, come down to have a go at me for banging on the ceiling.  I opened the door a smidgen and peered out.  It was the mammy from upstairs, wringing her hands and looking very agitated.  In broken English she said “you hell.  Chilblains.  Police?”
Wha’?
The noise was still continuing upstairs and all sorts of scenarios were racing through my head.  She spoke again in broken English about hell, chilblains and the police.  Did she want me to call them for her, I wondered?  I was waiting for her mad man of a husband to come racing around the corner and drag her, caveman like, back up the stairs.
She stood there, wringing the skin off her hands and spoke again about the police and chilblains.
A clumsy mime show ensued involving lots of sign language, including me speaking to her the way we all speak to foreign people – like they’re deaf.
Eventually I figured out that she wasn’t talking about the police or her chilblains.  What she was saying, it emerged, was that her chilblains (children) had managed to lock themselves into the apartment while she and her husband were outside the door. Could I help her, police.  Sorry, please.
The “row” was actually her husbands booming shouts of reassurance to the kids locked inside that help was on the way.
I asked her could she not call her landlord.  The woman managed to convey that she didn’t have his number – it was inside the apartment.  Her hands were fascinating me. How there was any skin left on them, I couldn’t tell.
So after a fooster around for the number for the fire brigade, I gave up and rang Directory Enquiries.
I spoke to a really nice fella who, when I told him what number I wanted, immediately asked was it an emergency.  I hoped he couldn’t hear the kids roaring in the background as I assured him it wasn’t.  Then I dialled Dublin Fire Brigade.  I had since ascertained that the trapees were a boy and a girl, three years and one and a half respectively.
I explained the situation to the man on the phone and he assured me it wasn’t a problem but was the woman ok with having her door kicked in?  I turned to her and asked her in as little words as possible was this ok. She twisted her hands inside out and repeated “my chilblains.  My chilblains.”
Yes, I told the nice man, she doesn’t mind and by the way, would they be long.  On their way, he replied.
Almost immediately I heard sirens coming down the road.  The mother was already on her way down the stairs. I grabbed my own keys and followed her.
Outside the building was the biggest, shiniest fire truck I had ever seen and jumping off it like ants off an anthill were the firemen.  Evening traffic was slowing down to get a better look and two Australian girls nudged each other in delight and wanted to know what was going on.  I started to tell them and one of them interrupted me.  “Who cares?  We’re just having a perv!”
I turned away in a slight huff to lock eyes with this huge man dressed head to toe in black.
“Howiay, luv,” he greeted me.  “Is this the right place?”
I confirmed that it was and the distraught mother came forward.  As her childrens’ rescuers entered the building, she grabbed me by the shoulders and I was pulled into her arms by a grip so strong I heard the breath leave my body with a whoosh.
When she released me she looked me straight in the eyes and whispered in perfect English, “thank you!  Thank you!”
Yes.    I still feel guilty.