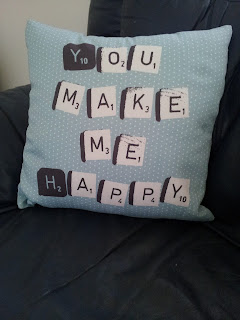 Hotspots can appear in many places.   Dogs, the poor devils, can suffer, did you know that?  Quite sore and irritating by all accounts.  I believe it.

Microwaves are notorious for creating hotspots.   It is so important to stir any food that has been reheated before eating.  What is cool on the outside could very well give you a nasty burn when you bite into it.

This next hotspot is quite handy.   A physical location where people can obtain internet access.

Next we have volcanic hotspots.   Magma, lava and extreme discomfort spring to mind.

Currently I have a nasty hotspot on the side of my face.  Not pretty.

However, the hotspot I am talking about today involves the end of the school year as we know it.  Lest you might be wondering about what was going on at Halloween and even Christmas, know that hotspots can occur at any time.   I should mention random moments in between times as well.

From chatting to other parents at the school gate and on my Facebook groups, I know I am not the only parent who is experiencing these damn hotspots.  They will present themselves in various different guises but I feel like elaborating.  I have a need to vent!

General narky-ness.    Granted there is nothing general about it.   Brushing up against your child on the way to the fridge can induce a meltdown on a scale of anything from severely distraught to sounding like you have used a branding iron on their sensitive skin.   Asking them to get dressed in the morning is another one.  But to go through the steps involved with this one, you first have to get them out of their beds. Which brings me swiftly onto the next manifestation.

Extreme exhaustion.   The frustrating thing about this is bedtime can still be the utter nightmare that marriages could break up over is they just won’t go.  And when they are finally tucked in, shenanigans o’clock rolls round.   Morning sees them welded to the pillow with duvets pulled up over their heads.  The temptation to leave them there is real but so is awareness that they will be at home all day pretty soon.  That one wins.

All of the bickering.   So far this last couple of weeks we (my boys) have fought bitterly over fingerless gloves, the last of the cheese strings, someone going up the stairs first, someone spending too long in the bathroom, someone breathing too hard, someone being in the room and being told not to lick their hands instead of washing them properly with soap and water.  They are killing each other.   And it is killing me. 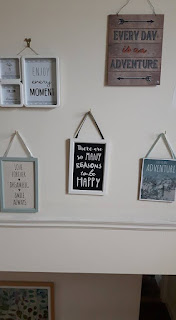 Complaining.    I am a broken mammy.   I have listened to grievances about a “crap school tour” and how he wished he’d had a day in school instead.  How a best friend is “gone to Spain and I have no-one to talk to.”  Each day they come home with completed workbooks and copies which of course makes their school bag way too heavy.  All of the colouring pencils are gone.  There’s still too many days left till summer holidays.  And then they start griping about the weeks we have to wait till we go to Rosslare.

It doesn’t matter that the swipe cards for our pool membership will be activated on the first day of July.  Mere days away.   They care not a whit that they haven’t had homework for the last two weeks, that the dreaded uniform has been stood down in favour of tracksuits or shorts and t-shirts.   That the entire summer, eight whole glorious weeks, stretch before them.   Later nights and lie ons in the morning.   Here’s hoping for the second part at least.

It hasn’t crossed their minds that school runs are almost done with.  No more rushing and racing out the door in the morning.   No more shouting.  Oh ok then, less shouting.
They haven’t rejoiced in the fact that school lunches are almost a thing of the past.  No more squishy bits of fruit in the bottom of school bags.  No more leaky bottles.   How about my grocery list?  I regularly have little day dreams about Stuff I Will No Longer Buy When The Boys Move Out.  I get a little reminder of this each July and August when my trolley will be poxy processed ham free.  No more shitty tiny yogurts or Nature Valley bars.   Nutella will still feature.  Can’t have pancakes without the stuff.  No more cheese strings.   Those blasted rice cakes!   Ok, maybe this paragraph refers to me and my shopping trolley joy.

Probably because they are too tired.   Damn hotspots.