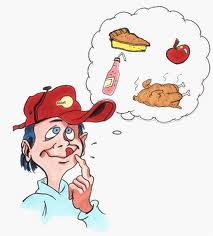 “We all get heavier as we get older because there’s a lot of information in our heads. So I’m not fat, I’m just really intelligent and my head couldn’t hold any more so it started filling up the rest of me.  That’s my story and I’m sticking to it!”   Garfield on Facebook

Tonight’s post is a wee bit different due to the bloody computer that passes as the Screecher Creature’s home entertainment system having gone to the digital cemetery in the sky.  It used to be my computer, but they conveniently took it over for their use.  Therefore, it follows that the little blighters have taken over the other computer, the one I have been using to work on my blog.  If I get a bit of time in the afternoons, I’ll sit down and noodle away.  But I haven’t been able to get next or near it all week.  Trying to was akin to taking a T-bone steak from a rabid Rottweiler.  I didn’t fancy my chances so I paced the floors and told myself to have patience that when our new telly arrives, I won’t know myself.  Neither will they.  I am guaranteed hours and hours of hassle free me time as they sit and watch it.  This has been written into our customer contract thingy so it’s a win win all round.  Also this week, exercise wise, has been a bit of a disaster.  I let three nights in a row pass without doing anything except feeling guilty as hell about it.  I chose instead, to drink a glass of wine on two of those nights, and went to bed at 9pm.  I also murdered a large bar of Turkish Delight, a bag of Wispa Bite Sized Pieces; one of my oh-look-chocolate-in-a-different-shape-and-I-cannot-resist problems.  Plus other various confectionary items.  The Awesome Foursome, however, seem to be going through yet another growth spurt.  They are bottomless pits at the moment which has inspired this blog post.    So to begin.
It felt like a bacon and cabbage day so that’s what was on the menu for dinner.  Various kids ate it with various reactions at various times during the afternoon.  It was 4.30pm, approaching tea time and tummies were starting to rumble.  Screecher Creature No. 1 requested pasta.  Might as well see who else fancied it.
Me:  Iarla, do you want pasta for your tea?
Iarla:  No.  Not hungry.
Me:  Liam? Pasta?
Liam:  I want Weetabix with honey on it, Mammy.
Me:  Sigh.
I got to work making pasta and Weetabix.  Thank complex carbohydrates for the micro wave and Dolmio pouches.  Handed finished products to them and as the empty bowls were brought back to the kitchen I began to clean up the dishes.
Conor: Mammy, I’m still hungry.  I want cereal.
Iarla:  Mammy, I’m hungry too.  When am I getting my pasta?
Me: Iarla……………………………
Liam: Mammy, I want cereal too.
Me:  !!!!!!!!!!!!!!!!!
And I still had to feed the dog!
I did a fair bit of sighing and mental giving out.  Went back into the kitchen, opened the press, took the saucepan out again, filled it with water, waited for it to boil then added spaghetti.  Stuck the pouch of bolognaise sauce in the microwave, all the while  entertaining myself with images of force feeding the mind changer if he changed it again when the food was put in front of him.   So far so good.  Went back into the kitchen to make the lunches.  Pulled cheese, cheese strings, yogurts and fruit out of the fridge.
Liam:  Mammy!  Help me do my poos!
Off to the bathroom I go.  Plopped him on the toilet seat and rushed back to smear some jam on two slices of batch bread.  Cut them in half.
Liam:  Mammy!  Wipe my bum!
Race off to the bathroom.  When I got back to the kitchen, the sandwiches were gone.  Thieved.  Lifted.  Being digested in the sitting room.  Grrr.  Start the lunches again.
Iarla:  Mammy!  Juno did her wee’s on the floor!
I did swear a little bit at this point and not too quietly either.  Off to grab the wee wee cloth and complete operation mop up.  Back to the kitchen.  Quick wash of hands.  (I do remember.  Just because I didn’t mention it before, doesn’t mean I don’t do it.  I do.  Regularly.  My hands could grate cheese at the moment because they are so rough from all the washing they get) I turned with the intention of packing the lunch bags.  My hand hovered where the cheese strings had been not two minutes earlier.  Gone!  The thieves at work again.  The chopped up bits of fruit were also stolen.  Would they ever just stop eating!!!!!!!!
Someone:  Mammy!  Juno’s eating Lego!
Me:  Take it from her!!!!!!
No answer.  I didn’t bother going to the Lego’s aid.  If the owners weren’t concerned, I wasn’t going to pretend to be.  The lunches were going to be finished before I did anything else! And if the dog needed someone to stick their fingers down her choking throat to retrieve the piece of Lego, it was not going to be me.  Oh, alright.  It probably would be me!
September 6th -   ten stone eleven and a quarter pounds
September 13th – ten stone eleven and three quarters of a pound
September 20th – ten stone twelve and a half pounds (gained three quarters of a pound)
at 19:36