Recently my boys had a fight over something they don’t even have: an x-box thingy.

The demand idea suggestion nagging began shortly after the First Holy Communion.  I have no idea how much one of these things cost, nor do I want to [really] but there was a mild expectation that Oldest Boy would be able to procure one after the 29th of March this year.

I met the demand idea suggestion nagging with a lot of “hmmmm.  We’ll see’s.”

Then it went quiet as these things tend to do.  Other more important, easily acquired stuff came to the forefront of his mind.  His favourite adventurer released a new book and the Book Fair came to school.  He was quiet for maybe a week. 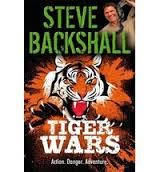 Then it started up again and this time round, in his mind, the x-box was a runner.  There was no definitely maybe about it.  He had it all sorted out.  Christmas is just round the corner, or something.

He has real leadership qualities.  Two of his younger brothers were highly influenced by his enthusiasm and vision even though one of them has no idea what an x-box is.  Like his mother.

“It’s going to be in my room.” Was the announcement.

“Eh, I don’t think so.”  I was worse.  I found myself talking as if an x-box was coming to live with us.

“But that’s not fair!  All of my friends own one and it’s in their room.”

“Anyway, it’s going to be mine and I will say who plays with it.”
“Eh, I don’t think so.”  I was worse.  Talking as if the x-box was already in the house and waiting to be unpacked.

“But that’s not fair.  All of my friends have one.”

Are you getting a sense of déjà vu?  I definitely am.

Later on that same morning we had our usual cup of coffee after the school run.  They boys are so comfortable in there now they expect a Werthers original every time they come in, from the sweetie jar on the counter.

That morning there was none.  So Karen, the lovely lady behind the counter, who is so good to our boys, very generously presented them with a yellow Snack bar to share as we were leaving.

On the school run Oldest Boy, the X Box monster, spots a rogue Yellow snack wrapper on the floor of the car. 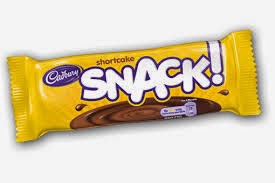 “What’s that?” Even though he knew right well what it was.  “Where did that come from?”

“Oh,” says Lovely Liam, oh so casually but oh so smugly. “Karen gave that to us this morning. “  He paused for effect.  “When you were in school.”

Eyes glinted for a fraction of a second but determined not to be outdone and to have the last word, Oldest Boy had to save face.

“I go in there with daddy all the time.  And I get rocky road!  And one day,” he paused for effect.
“I even got Fanta!”  One up man ship radiated from him in waves.

“What?” screeched Lovely Liam in outrage.

“What?” I whipped around to look at the grinner in the back seat. 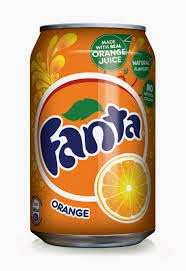 Fanta? Liquid sunshine as far as the boys are concerned.  In a can.  And the devils very own drink as far as I am concerned.

“Yeah,” he said, absolutely refusing to back down.  “I got Fanta. And it was yum!”

There was nothing I could do.  He got Fanta (and it was yum!) the damage, the evidence was long gone.

I can’t do anything about contraband fizzy drinks when they are doled out in my absence, but I sure can do something about an x-box.

I’m almost sure of it!