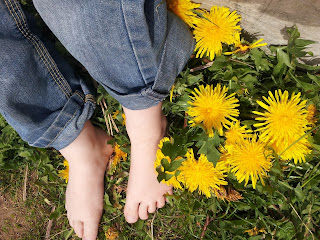 Definition of event.  Noun.  A thing that happens or takes place, especially one of importance.
Sleep.  See above for dictionary explanation.  I think sleep definitely falls under that category.  No, I’m not talking about your regular, run of the mill, night time sleep here.  Although that is very, very nice indeed.  I’m talking more along the lines of a middle of the day nap just for the hell of it.  It might be a middle aged thing so go right ahead and call it middle aged if you feel such a thing needs a label.  I am more than comfortable with that.  See how agreeable I am with sleep under my belt.  I have enjoyed several such siestas with Smallest Boy over the course of the summer.  One or two were even alone albeit sprawled all over an armchair.  Sleep is sleep is sleep.

Wine.  Grape juice.  Lady petrol.  Be it on special offer, at the regular price, with food or without, wine is nice.  And I had some this summer.  Yes, I did.  And guess what?  I’ll probably have some more. I’m good to myself like that. 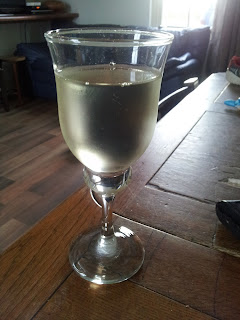 Free time.  This happened three days in a row.  Three.  From 10am to 1pm, three days one after the other.  All four boys went to Lego Club and it was wonderful.  They enjoyed it too.  I went for runs.  I had solitary cups of coffee with a magazine and once, I even watched some mid-morning television.  Which was dreadful.  Absolutely and utterly dreadful.  I lasted about 15 minutes – the time it took me to finish my food.  But it was only 15 minutes out of the rest of the time.  I’m calling it a practice run for when Smallest Boy goes to Montessori. 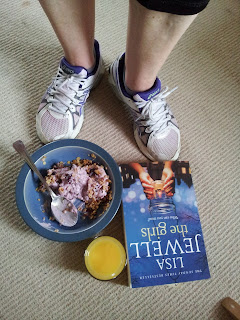 Tan Lines.  I got some.  Ok, so they’re on my feet and it could be dirt but I like to think we got enough sun for it to leave its mark on me somewhere.  And not on my face in the form of another freckle. 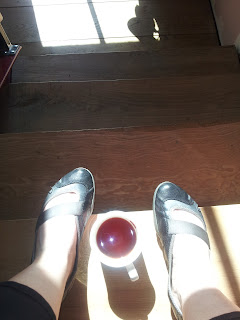 Hugs.   These I get by the tenfold thanks to three very affectionate boys.    However, over the summer, the quietest of the four grabbed me a few times and in those completely out of the blue, totally genuine and absolutely lovely moments, held on for dear life.  It made me realise that because he isn’t as tactile as his brothers, I in turn, didn’t hug him or ruffle his hair as often as I would the others.  It made me realise that just because he didn’t always make the first gesture, it didn’t mean I couldn’t. 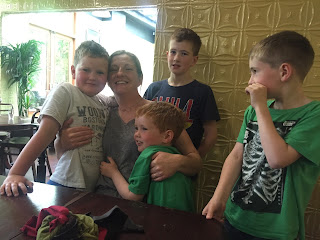