Was Christmas Really Two Days Ago? 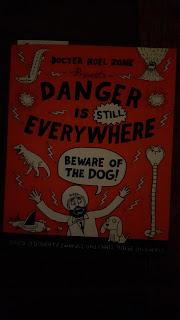 Christmas day was approximately two days ago.  I have been dodging Nerf gun bullets for about 24 hours.  They hurt!   The hills are alive with the sound of PSVita’s (whatever the Christmas they are!) Maiming myself on Lego has come to an end; now it’s those annoying little PAW Patrol toys.  Lovely Liam still doesn’t believe Santa brought The Velveteen Rabbit.  (He so did.  I may or may not have almost cried when I read it Christmas day.  Approximately 48 hours ago.) 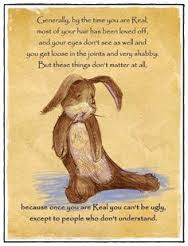 What did we decide to do today?   On a day where our kids are literally falling over their Christmas presents and books and Xbox games?  Because, you know, cabin fever is a thing.

We went to the cinema.  Not everyone wanted to see Star Wars and not everyone was impressed with The Good Dinosaur so each parent shape took two boy shapes and went separate ways.

Until we got to the cinema and one boy shape decided he didn’t fancy Star Wars after all and wanted to see the dinosaur movie instead.

But this is what happened first.

The sales were on.   The car park was almost full at 11.30am on this Sunday morning.   But we wedged our half a train car into a space and out we got.

The weather was grand today.  Gone was that horrible, almost warm rain and in its place was biting cold.  My kind of weather.

But there’s a boy in the house whose chest does not like cold, biting weather and it seizes up, gets tight and he morphs into a seal.

No I did not bring the inhaler.

Ok, so he is only 8 (almost) and really cannot be trusted/expected to remember such important issues like his own health so I bit down a frisson of rage so strong it alarmed me.

We joined the queue in Sam McCauley’s and I prepared to beg the pharmacist to please give my child an inhaler.

And then I remembered the awesome thing I have come to call My Magic Handbag.  In it are toy cars.  Two or three extra things that Smallest Boy likes to snuffle when he sucks his thumb.  Sucky sweets for tickly throats.  An epipen.  Items of make-up.  Tissues.  Biro’s galore.  Some pencils.     A couple of notebooks.  Three pairs of gloves.   Seven wallets.  Yep, I said seven.  Four empty boy wallets.  One empty wallet (mine).  My regular wallet (containing a little money). My birthday wallet (containing a little money).  Some cables for recharging boy things.  A PSVita yoke.  And, holy sweet mother of divine Christmas, not one but two unopened inhalers.  For safe keeping.

We got to the cinema on time and I went through the rigmarole of changing prebooked seats.

The lovely girl behind the counter sorted it all out for us.  It was brilliant.   She even told me they serve wine when she saw how stressed I was.

I told her not to be tempting me.  But when I saw it was only a small bottle I told her it would be no good to me anyway.   Sure, that’s only a mouthful, I told her.

We had a bit of a laugh about someone (ahem) being heard snoring in Screen 8 and I paid for four kids trays of popcorn and we went in.

And because that wasn’t enough we followed it all up with a trip to Eddie Rockets.

Thoughts for the day:  people is mental.   It seems a SALE sign ignites a dormant feral instinct and you’d be killed for reaching across to touch a scarf.

I keep asking, “What day is it?”  I now promise not to get annoyed with my six-and-a-half-year-old when he asks this several times a day.  That’s what it feels like!

You don’t really need a sixth pair of black boots.  Even if they are half price.  You just don’t.

There’s an awful lot of shite in the sales, isn’t there?

And finally.  Was Christmas day really two days ago?