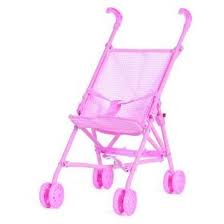 Today I took the Screecher Creatures to Carlow as a treat (them) but mainly it was an excuse to get out of the house for a few hours.

While we were there, Screecher Creature No. 3 finally got his heart’s desire.

It was bound to happen one day as there is only so much not so subtle pester power I can take.

I gave in and bought him the little pink Disney Princess buggy he has been eyeing up for the last month.

As I was paying for it, a couple of things raced through my mind, pushing everything else to one side. Divorce proceedings would probably get under way before the close of business and I may as well fling my €6 to the four corners of the car park as said buggy would most likely be reduced to several bits by 2pm.

I didn’t care either way.

Every fibre of Screecher Creature No. 3’s highly energetic being, positively radiated with happiness over his new toy.

He is a solid little fella; a tough nut who could pass for 3 instead of two and a half, so I got a great kick out of my very boyish boy, pushing around a pink, girl’s play thing.

Personally I couldn’t care less if the Screecher Creatures play with dolls.  It doesn’t bother me in the least when two of them return home from my sisters, delighted with their painted finger and toenails.

Mister Husband, however, is of a slightly different opinion.  He doesn’t drop to all fours and morph into a caveman or anything, but he lets his feelings on the matter be known all the same.

I suppose you could call it my way of retaliating over his insistence at putting a rollie behind Screecher Creature No. 3’s ear.  Ahem.

I was otherwise occupied when he came home for lunch and missed the look on his face when he almost tripped over the pink contraption.  But I heard the expletive.  When I told him it cost little or nothing this was the sarky reply, “Only his masculinity.”

Sometimes I think people put too much stock into blue and pink toys.  I know there is a blog out there in blogger space somewhere, completely dedicated to the [wrongness] of the pink aisle in toy shops.

But there is a natural tendency for lads to make a beeline towards guns and slurry lorries.

Little wimmin are charmingly attracted to all that is pink and glittery and sometimes they like to go all Terminator and annihilate everything in their path.

I can remember knocking great craic out of a cousin’s train set.  Cops and Robbers was very popular too.

Just let them on is what I say.  Who cares?

And poor old Screecher Creature No. 3. for whom it was bought in the first instance, spent a great deal of time screaming at his brothers to “give me my buggy back!”

The nine month old was none the wiser but looked on with something akin to great interest.  He was probably deciding that pink was not his colour.

There was murder over the same €6 buggy.  But it was still in perfect nick by bedtime.

In fact, it proved to be such a huge success, I think I’m going to have to return to Heaton’s tomorrow to pick up 2 more!
at 13:23