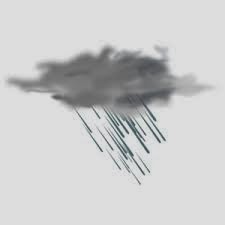 Getting to the charity shop is more difficult than it appears.

In fact I would go so far as to say it equals a combat training zone without the camouflage gear.  Unless camouflage gear is a rain coat and you’re loading the charity haul into your car in the lashing rain.

I’ll start at the beginning.

Every January I do a de-clutter.  Usually of toys and books.  Clothes get the chop too and anything else that has been hidden away for 6 months.

If you haven’t used it, worn it or needed it for that length of time, say goodbye to it.

Sorting clothes is a piece of cake.  The lads have zero interest in it.  In fact I could be dressed as a clown with a writhing snake around my neck but if I am at the hot press or near their wardrobes, I am practically invisible.

However, if I am on my knees and pulling books from a book shelf or rifling through the toy box that is a different matter entirely.

“What are you doing?”

So in order to do a proper de-clutter I need to employ stealth, be covert and quick about it.

The other night I dumped an armload of comic books, school books that were two years old and covered in dust plus a realm of drawn on paper into the recycling bin.

I lied through my teeth and told the child who caught me red handed it was a yearly subscription to a magazine I didn’t read anymore so they had to go.

“Yeah.”  Mister Husband was engrossed in his phone.  Or at least I thought he was.  “A subscription to Pinocchio magazine!”

Anyhow, lined up on Saturday morning was a large box of books, several black sacks containing items of clothing I was holding onto in the belief I would fit into them again.

My six month rule had well and truly been broken; some of those skirts and trouser suits were more than 8 years old.  Who was I kidding?  The office me is long gone.

I piled everything into the car and covered it with bags of swimming gear.

I have been looking at most of these bags piled up since the end of December.  They were doing my head in. They had to go.

I ended up going home.  With several black sacks and a large box of books still in the car.
at 20:35