In keeping with a New Year’ decision about not taking Mister Husband for granted, I have revisited a post from some time ago on how to keep your relationship alive. 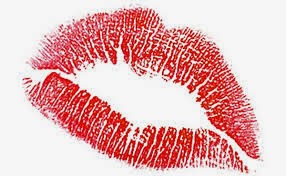 Right so; I am going to admit to something.  I am quite confident in the knowledge that I am not the only person guilty of this crime.

That is no excuse but this is mine and my admission alone.

I am a negligent wife.

Sure, he gets his laundry done, (sometimes) his dinner cooked for him every most days.
But I’m doing laundry anyway so I may as well fill the machine and it’s as easy to cook for three as it is for one so his name goes in the pot too.  I couldn’t leave him out, could I?

Sometimes I even make him a cup of coffee and when I do the shop I always ask him if there is anything he needs. If I have to make a quick run to the supermarket in the middle of the week for milk or bread, I’ll pick up that little 6 pack of beer he likes.

But he is well and truly neglected in the affection department.  It’s something that hasn’t escaped my attention but like all the other things I don’t want to face up to, I make like an ostrich and stick my head in the sand.

The thing is, I cannot pass the Awesome Foursome without touching them.  I’ll kiss them and throw in a hair ruffle for good measure.

Smallest Boy is in serious danger altogether of being squeezed to death but thankfully it’s all a big game to him and he usually responds in kind.

But the day will come when my kids push me away in frustration, embarrassed at all the affection I lavish on them.

I don’t want Mister Husband to do the same.

I used to lavish affection and attention on Mister Husband.  Fast forward four young lads later and he doesn’t get a look in.

I read some advice once. "One day your kids will up and leave you. On that day do you really want to look at your husband and see a stranger?  Someone you have side lined in favour of or in deference to the kids over the years."

However, once you get into the comfortable habit of routine, it is very hard to break.  Very hard indeed.

Once upon a time Mister Husband and I used to walk hand in hand down the street, sometimes with our arms around each other.  Granted, the pub would have been visited and it may or may not have been necessary to stay upright, but still.

These days, if I’m not pushing a buggy, I’ve got one of the kids by the hand and am running after another one.  Ditto Mister Husband.

So what can be done about it?

Very simply, start by showing affection.  Become tactile again.  It doesn’t cost more than a second to kiss someone or touch their hand when you’re in conversation with them.  Go mad every once in a while and hug them.

I decided to start small and make a conscious effort to touch Mister Husband 5 times during the day, the objective being that after a while, it would become second nature again.

I didn’t mention my game plan; I thought it might be a nice surprise.  Or a bad shock.

I walked past him, put my hand on the small of his back and let it rest there for a second.

He may or may not have jumped a little bit but he definitely asked if I was alright.  I assured him I was just peachy and continued on.

Then he got his arse felt, (let’s see how you like it!) Next there was a random kiss placed on his cheek.  He felt the palm of my hand but as a caress only.

All this time I’m sure he was wondering what I had done as clearly I was about to break something to him.

He couldn’t believe his luck when I told him.  He thought it a wonderful idea.

Now I catch him with a different look on his face and I nip it in the bud immediately.  I tell him, lookit, it’s a quick smooch or nothing, take it or leave it. He reckons I drive a hard bargain.  I remind him that he’s got four kids, and he hasn’t done too badly for himself.  He’s forced to agree.

For a man who doesn’t eat fruit and tends to ignore any veg that is on his plate, he’s awfully keen on his 5 a day all of a sudden.