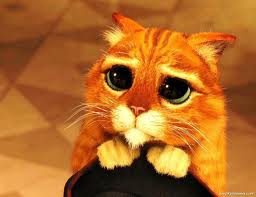 Due to these bastard recessionary times, we applied to the HSE for the GP card almost a year ago and sent them everything except our first born.  Mister Husband is pretty good at pre-empting what we will be asked for in situations like this so they, the HSE, were given copies of our bank account, mortgage details, credit union details, and a detailed letter outlining our circumstances as Mister Husband is self-employed.

Weeks, a couple of months passed and in August of 2011 we received another letter requesting evidence of employment in other words a Notice of Assessment.   The accountant was called upon for this and the required paperwork was sent off within a week.
More waiting and a phone call or two from me where I was told e-mails would be sent off to rush our application.  I even spoke to a lovely lady one evening at tea-time, she rang me, thanking me for my patience and that all should be processed within the next 5 working days.

More than 5 working weeks passed and still nothing forthcoming.  I was afraid of the winter and what it might bring and wondered if our local GP would accept payment in the form of bicycles from Santy should the need arise.

Another phone call on Friday 13th January (very apt!) more or less repeating the previous one, with the exception that it would now be about 10 working days for the massive processing plant to do its thing.

At this stage I was almost bored.

Low and behold time and plenty of it passed and yet another letter floated through the letterbox in early March of this year.  This time they wanted documentary evidence of my wages, a payslip, P60 or P45.  But hold on a minute.  Didn’t we already submit all of that?

We had a child in the house leaking goo from his ear for 5 days thanks to a perforated eardrum, because we hadn’t the doctor’s fee of €50 plus whatever the prescription would cost.  I was in a right fouler that day anyway and in the mood for a row so I rang them, the HSE, and Shane was the poor unfortunate who answered my phone call.

Shane:  Can I have your name and address plus Reference Number please?

Me:  No problemo, Shane.  (I didn’t say that to him but our details were given in a very low and menacing voice.)

Shane: And what can I do for you today?

Me:  Shane, I have just received a letter in the post this morning requesting documentary evidence of your spouse/partners wages, that would be me, Shane, and to the best of my knowledge, we sent those in twice already.

Shane:  oh-kaaay. When did you send them in?
Me:  Shane, I received a phone call from yourselves in Friday 13th after we sent in the paperwork, informing me that an email was going to be sent to head office up in the clouds somewhere and we should hear from you in 10 working days.  I don’t see why we should have to send this in again.

Shane:  OK, I’ll just go and see why they want you to send it in again.  Can I put you on hold?

Me:  Go ahead, Shane!  (Back to listening to More Than Words by Extreme.)  Poor Shane, the bastard!  Probably fed up listening to dog’s abuse day in day out.  I know he probably only put me on hold, he’s checking his face book or i-phone now.  He doesn’t need to check anything at all. It has to be there in front of him.

Shane:  Yeah, we have all of that information here alright.  I don’t know why it was requested again.

Me:  I know you have it there, Shane.  And I’ll tell you why it was requested again; delaying tactics I think. 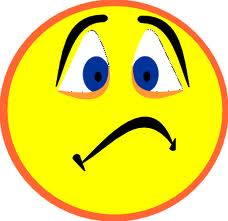 Me:  Look, Shane.  I know this isn’t your fault but it’s just so frustrating, you know?

Shane:  I can understand that. 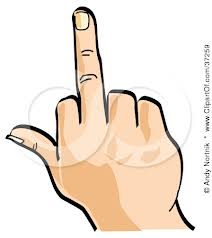 I don’t blame him if he did.  After all, they only vocally record these phone calls, not video them.  Shane, it’s highly unlikely that you are reading this, but I apologise.  I really do.  I’m not like this usually but when I’m pushed enough I get shirty.

You were only doing your job and I’m sure I wasn’t the only cranky person you have had to deal with on this horribly, frustrating, taking-the-piss farce they refer to as Your Medical Card Application.   Funnily enough though, we got our cards, one for everyone in the audience, a week later.

So, come on now lads, get sick.  As sick as you like.  The HSE are going to pay for it!

God, I don’t mean that for a second.  Please don’t get sick.  But there is some comfort in the knowledge that if asthma makes an appearance in our house again over the summer and high pollen count days, we will be in a position to deal with it without emptying our already stressed bank accounts.
at 20:01