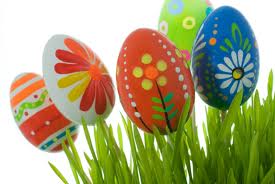 It was going as well as could be expected.  Five people, four of them aged 6 and under, confined to the same house for two weeks, it could have been a lot nastier.  Sure, there were fights.  Definitely a few tears, some of them could even have been mine.  Noise almost certainly rose above an acceptable decibel level and boredom thresholds threatened to break under the strain. But there was no blood spilt or bones broken.  Just a few tattered nerves stretched to the limit and lots of early nights for all concerned.  The weather changed from having to apply sunblock to wearing scarves again.  Small mercy indeed as it was certainly too cold to go to a park. Did I ever tell you that I am not a fan of parks?  I’m sure I did.  But just in case you missed that news flash; I don’t like parks.  Until all of my boys are able to run about on their own steam and learn a healthy amount of respect for high flying swings, I will always dislike them and harbour a certain fear of these places.  My “to do” list was looking very healthy indeed and I was even looking forward to doing some of them with the boys.  A certain one or two needed to be done when The Snot Bucket was having a nap as vinegar and red food colouring (details later) would not be a good look for him.  The first day, my trial run, I really needed a bit of head space so I sent them out on an expedition to find a ladybird, (but not to touch him, just record there they found him) a birds feather, a yellow flower and a blue one.  A white stone, a black stone and a small piece of wood.  I didn’t think they would find all on the list as quickly as they did and for a second, I contemplated sending them back out to find a long stand.  We paid a visit to my sister as we had not seen her new house yet.  It was lovely, so were the coffee and the packet of Viscounts.  Screecher Creature No. 2 was not as fond of their nearly teenage Alsatian puppy as the puppy, Bear, was a bit too fond of him, (Screecher Creature No. 2).  There was a panicked moment, mine, as Bear tried to take a bite out of Screecher Creature No. 2, until it appeared it was the sweater the dog was after. Fuelled, possibly by the knowledge that the child was a feared of him, the dog took the upper hand.  Then it was time to go and there was the little problem of my sister and her son getting locked out of their house.  There’s nothing like a little drama to spice up a visitation.  But the bestest treat of all, the one that caused the most excitement and looking forwardness was the promise of a homemade volcano.  But there was a pushing over incident that resulted in a bump on the head and the treat was withdrawn as punishment.    Craziness and objections ensued from those not “in trouble” and I was in a quandary.  There was no way I could, in good conscience, make the offender watch from the doorway whilst I created a spewing volcano with the others.  I put the miscreant on probation as I wanted to partake in the science project myself and didn’t see the point in cutting off my nose to spite my face.   What to do, what to do?  In the end I found a little loophole for myself. When Mister Husband came home, I let him do it with them. We used some cheap "mala" to make a rainbow volcano and stuck it to a plate. Bread soda was spooned into the volcano and a little red food colouring with vinegar was "decanted" on top of the dry ingredients. Et voila, a nice, fizzy overspill of lava.