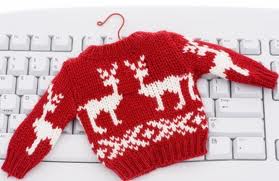 I misheard Shy Boy and for a heart stopping moment I thought he said he kicked his teacher.

And for a horrible teeny, tiny, one tenth of a second, I may have believed him.  (Sorry, Iarla)

His temper is of the flick of a switch, act now and never repent later, type so for that Nano second, it wasn’t too hard to imagine.

Turned out he had tricked his teacher and told her his work here was done so he could have his lunch.

Apparently “she gave me a look” and that was all it took for him to complete his task.

I must ask her to show me that exact look.  I have many and lots of different voices of varying decibels and none of them work.

Must be a Teacher Look and not a Mammy Look.

Learned a little lesson this week too.

I’ve shrunk a jumper or two in my time (My sister’s.  Sorry!  Still owe her a replacement) and frequently freak out that I have used the wrong setting on the machine yet again.  Only to find the kids, one of them in particular, literally grew overnight and I didn’t collapse their clothes.

One morning this week, Shy Boy cried out of utter temper and frustration on donning his tighter than usual tracksuit top for school.  I helped force it on over his head and exclaimed at how it had indeed morphed into a belly top overnight.

The previous day I caught him standing against his not yet four year old brother and measuring himself against him.  Lovely Liam is a giant.  He is a hairs breadth away from being taller than Shy Boy who is almost five and a half.

So I was thrilled that Shy Boy grew overnight.

But prior to this I had already gone and purchased a new top for him at the cost of €23.

I have always wanted a translator when the boys reached toddlerhood and started to yak in fluent toddler-ese.

This week I needed Google.  Some of the questions Lovely Liam fired at me, from the back of the car during a ten minute school journey were:  Do triangles make sense?  Do monkeys live in trees?  Do birds eat stuff?  What’s the Irish word for explosion – is it traga maga?

He didn’t wait for replies and followed up the questions and no-answers required session with telling me he had a dream where his willy lit up when it was dark and he could see stuff with it.