Day 1 of the School Holidays 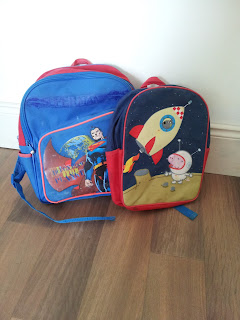 “You’ve got all four of them with you for the summer holidays? “The lady in the shop asked me.  “What are you going to do with them?”

“Well, first of all I intend to greet each day by having a loud, snotty and rather undignified cry.  After that I’ll wing it.”

That wasn’t the answer I gave her, but I did treat myself to a rather snotty and undignified cry all the same.

The answer she got was a rather surprising and not as rude as it sounds, “Nothing.  I intend to do nothing with them.”

Let me explain.  To quote a very, very wise lady I know in an ad hoc fashion; don’t feel you have to do anything with your kids just because they are on school holidays.  Just being present is enough.  You are enough.

And do you know what?  She’s dead right.  She has a great ‘tude altogether.   She went on to say that if kids are used to being entertained all the time, they lose the ability to entertain themselves.

This is a very valid observation.

She made an excellent point too about how over the past few years parents have been made to feel they aren't parenting properly if their kids’ time isn’t mapped out and they are not being brought to  activities all the time.

In a nut shell, it’s good for our kids to have to think for and entertain themselves.  So the wise woman said, and I will quote her on this one, “whoosh them out the door; rain, hail or snow.”

I’ll be honest, the first day was hard.  It was very, very hard.  You have to allow for a new routine to emerge in the absence of an old one.

We haven’t found our school holiday rhythm yet.

The boys are so used to being ushered into the car within an hour of waking, they didn’t know what to do with themselves or the extra time that first morning.

So they threw themselves into a frenzy.

I took them into Mister Husband’s office for a (hellish) couple of hours and after they got a piece of paper stuck in his very fancy photocopier for a second time, I thought it wise to take them home.

The afternoon wasn’t much better.  It hit me, several times, that I just might lose every last shred of my sanity before the school holidays are over.

In all fairness, they could too.  They will definitely become indifferent to all the shouting and roaring I am already doing.

Because the first day was so exhausting, I thought we could make friends again and bond over Despicable Me 2 in the cinema.

This is a complete barefaced lie.  I just wanted an hour and a half with no-one touching me and talking at to me.  The dark was perfect and if I could have put in a request for the sound to be absent, with maybe a pillow supplied, I would have been on cloud nine.

I got the times wrong.  Despicable Me was not the Kids Club movie as I had previously thought and as a direct result I had to pay more for the tickets and then kill two hours.
Stressed and pissed off at my mistake I was sub-consciously primed to hate the movie.

Then later on that evening, as I was getting the boys ready for bed, I noticed what I thought were bite marks on Lovely Liam.

On further inspection, I realised they weren’t bite marks, unless the bug thought he was delicious and forgot to stop biting, but the dreaded pox.