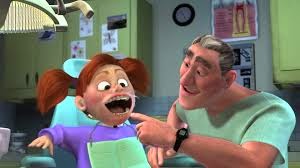 Sometimes the stars align and everything is in order; your angels, guardian or otherwise, have your back.  The traffic lights are green.  Car keys are where they are supposed to be.  You remember to defrost the chicken for dinner.  There’s even toilet roll in the bathroom, for crying out loud.

This week, dear reader, was nothing like that at all.  Not even remotely.

All of the traffic lights were red.   I forgot about the chicken.  I also forgot about the pasta sauce.  We ran out of bathroom tissue.  Rationing half a pint of milk between four boys for breakfast is no joke.

Then Smallest Boy slipped on the decking.  Came down, face first on the silver thing (technical term) at the bottom of the door.  Gashed open his upper lip and twisted one of his gorgeous, perfect little milk teeth out of his gum.

What does a parent do in a situation like that?

You panic.  Just let it out.  Get it out of the way and then get on with the job in hand.

There was blood on little hands as they reached up to assess the damage.  My ears were assaulted by his howls.  Three other boys came thundering in to see what all the fuss was about.

Raced off to the bathroom to wash off the mess and tried to calm the boy.

It was 7.40am and very clear a dentist was needed.

A gel pack created in the image of George from Peppa Pig uselessly pressed against his lip.  Nurofen was spooned into him and the only other thing that could be done was assure him we can go soon.  Soon.

Pancakes were flipped and toothpaste daubed onto toothbrushes.  Runners were handed to them with instructions to put them on quick.  Coats next.

Finally the boys got dropped off at school and I reached the emergency dental clinic at 9am.

We were the first there.  Smallest Boy couldn’t talk properly but he was in much better form.

We were seen very quickly.

He looked so small sitting in that big chair.  Completely lost.  He shouldn’t have been there at all but it was turning into a big adventure for him.

I found myself looking around for surgical spirits to calm my racing heart.

Smallest Boy was so good.  So calm.  The dentist and nurse were wonderful with him.

There wasn’t a bother on him as he was handed dark glasses to wear and the chair tilted backwards.

From that angle I could see how loose and unstable his tooth was and then words like “reposition” “numbing” and “can cause distress” were mentioned.

Shit!  It is in situations like this I need someone else to make the decisions for me.  But there was no-one else.

My most pressing question was, if I put him through the upset of having his face numbed and his tooth pushed back in, and he sucks his thumb only to push it back out again, is it really worth it?

I didn’t think so.  I was clutching at all of the straws.  Anything so my almost four year old didn’t have to experience an injection in his mouth if it wasn’t absolutely necessary.

The dentist asked him if she could touch his tooth.  He had no problem with that so she gave it a little test reposition.

He didn’t budge.  She tried it some more.  Still no reaction. In fact he was holding his lucky pebble up to the light and twisting it around.


The dentist kept pushing.  And pushing.  Then he was asked to bite down on a wad of cotton as some dental gel was brushed on his gum.

It was in!  Not perfectly straight but a lot better than it had been three minutes before.

What a relief.  I can still feel it, hours later.

We have to watch for a possible infection over the next while and take him straight back at the first sign of a bubble on his gum.  Also if it becomes loose again.   We could be looking at a grey tooth until it falls out but that is a small price to pay if we can save it in the first place.

An hour later he was sucking his thumb with no obvious sign of discomfort; his tooth was and still is fine.

Not a very nice start to the weekend but as far as first visits to the dentist go, this one was pretty good.