An Actual Conversation that Happened Today 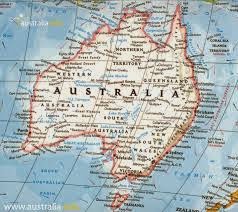 Today Smallest Boy fell asleep practically mid-sentence in the car.  It’s quite amazing to watch really.  The boy likes to talk.  And talk.  He barely draws breath. I reckon he exhausts himself simply by using up all of his words.

We had covered what skills he was going to teach me.  “Awesome ones.”  There was also a quick conversation about our favourite drinks.  Water, cappuccinos, wine and Guinness for me.  His are water, milk and freshly squeezed orange juice.

Then we had this one.

I was on the school run and for the 798th time, driving past the Chinese restaurant.

“Mammy, what’s a Chinese?”  Pipes up Smallest Boy.  So I explained China is a country and the people from that country are Chinese.  Or Asian.

I answered him honestly and said I would rather go to Australia or back to New Zealand.

“Beaches and sunshine and I would love to take you boys there.”

I allowed my imagination to wander a little and fancied scooping the 6 million lotto jackpot this weekend.

“If I win all of the money, Brendan, I would definitely take you boys to Australia for a whole month.”

“Because she’s a dog.  We’d have to put her in the kennels.”

“In her holiday home?”

“Exactly.  In her holiday home.”  And then I went quiet.  I began to do the thing I do when I am anxious, worried, stressed or rushed.  I began to talk to myself.  Under my breath.

“God, I couldn’t leave her in the kennels for a whole month.  That’s way too long.  I feel bad enough leaving her there for a week during the summer.  No.  A month is too long.  What’ll we do?  Who would take her for a month?  Who could we leave her with?  I know!  Maybe she could stay for a week in the kennels, then my sister could take her for one week, my other sister could take her the next one and maybe back to the kennels again.  That might work.  Or would it be possible to take her with us?  Would she need to be quarantined though?  She’d definitely need shots of some sort.  She’d only love a holiday.  A proper holiday.  All those beaches for her to run on.  She’d be in her element.  But we’d have to makes sure we take loads of those poo bags with us.  Or maybe dogs aren’t allowed on the beaches in Australia.  I’ve never seen them on the beaches in Summer Bay.  Dammit!  This is hard!  Maybe I should just google it.  I’m sure there’s a site out there that can help me.”

I stopped muttering to myself for a second.  “God, you’re so stupid!”

“Sorry, Brendan.  I won’t do it again.”  But in this instance I definitely deserved the title.

“You’re some tulip.”  I was off again.  “Acting like, actually believing that you had won the lotto.   Would you ever get a grip?  Gobshite.”

I think I whispered that part.

Australia for a whole month would be lovely though.  I might just google my queries anyway.  You never know.  And like they say themselves; It could be you.

But in this case, it could be me.  Not you. Definitely not you. 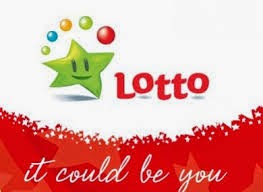