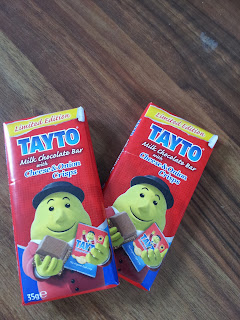 One of my sisters, whose name begins with the letter G, was (still is?) a holy terror.  I have many strong and abiding memories of her daredevil antics.

I even felt one of them once.  I looked up to see my nana placing her hand on my mother’s arm and saying, “Quietly, Ann.  Don’t shout.  You’ll frighten the child and she will fall.”

I could feel cold, hard terror vibrating from my mother and I knew straight away G was Up To No Good.

We were in the hallway of our house and the back door was open.  Across the yard were two old sheds and there was my sister walking along the edge of the roof on the nearest one with not a care in the world.  I’m not sure but she could have been whistling.

She was perhaps three years old.  Definitely not more than four.

Another time she was running away from my mother.  This happened frequently in our house.  G was a bit of a sprinter.  That was handy because there was always someone after her for something or other.

So there she was, zipping along, fleeing from whatever punishment my beleaguered mother was trying to mete out and she darted towards the gap at the edge of the pillar in our front garden.

Back then we used to play tennis on the road at the front of our house.  We would ride our bicycles up and down all day, and if the weather was bad enough, use a piece of old lino to drag each other up and down it in the winter.  It was a busy road for its time.

G got out through the gap and we could all hear a car coming in the opposite direction.  A nice straight stretch of road where you could put your foot down if you really wanted to.

To this day I believe the driver of that car heard my mother screaming for my sister to stop.

I don’t know how she was spared otherwise.

One of my own boys took off once.  I was heavily pregnant, shoving an equally pregnant shopping trolley and he just shot off towards the car.  Which was across the way in the parking lot.

I remember abandoning the trolley, clutching my huge belly and trying to take off after him.

When you are heavily pregnant, the baby and everything else inside your uterus sits on top of your bladder.  Pressing on it.  Even when your bladder is empty you still feel a strong urge to wee.

Try that on for size when you actually do need to make your wee’s but it is also of utmost importance that you run after your escapee artist of a child.

You may not think it, but it’s bloody difficult to run when your legs are crossed and you’re hauling your pregnant belly along for the ride.

Instead of screaming at them to stop, because let’s face it, kids translate that as, “Run!  Run as fast as you can!” try this instead.

Or whatever it is your child likes.  Just shout the word.

Stops them in their tracks.  Every time.