What Would Steve Backshall Do? 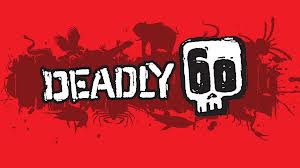 I love that Oldest Boy is interested in wildlife and nature programmes.  I am quite fond of watching them myself. 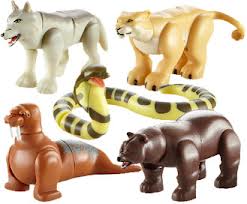 Crocodiles.  The start of the latest drama.

Apparently, and this was news to me too, Oldest Boy has been looking for the Steve Backshall wearing a green vest micro figure his “whole life!”  So imagine the absolute torture of it when Shy Boy ripped open his Deadly 60 blind bag on Sunday morning and Steve Backshall wearing a green vest tumbled out into his hand.  To add insult to injury, he had a barbed hook too!

Oldest Boy got a crocodile.  One he has already. 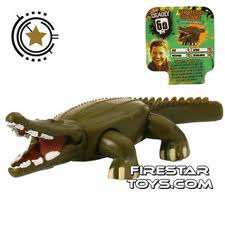 There was a lot of crafty bargaining done in the car on the way home, but Shy Boy, absolutely glowing with the pleasure of having a Steve Backshall mini figure all for his very own self, was not going for the swap.

In between packing the shopping away and going to a birthday party, Oldest Boy got his way and they traded Deadly 60 items.

Shy Boy approached me and asked if I would glue the tail onto the crocodile as it kept falling off.

I promised I would.  And I did.

The second trade off began when Shy Boy tired of his boring old crocodile and wanted his vest wearing Steve Backshall returned to him.

But Oldest Boy, absolutely glowing with the pleasure of having two Steve Backshall models all for his very own self, was not going for the swap.

In between making the lunches and sorting out uniforms for the morning and getting them ready for bed, I stepped in and handed each boy their original Deadly 60 figurine.

I did, however, tell Oldest Boy that Shy Boy would tire of Steve Backshall before bedtime and he could have him then.

Didn’t happen.  But Oldest Boy took matters into his own hands and crept into his brother’s bedroom to retrieve Steve Backshall himself.

Only to have him returned to his rightful owner this morning.

Then it started. He spotted the tail glued onto the crocodile and in no uncertain terms let his annoyance be known.

“The whole POINT of Lego is to build and REBUILD!  How can I do that now?”

I thought it best not to point out that it wasn’t Lego.  Actually.

The school run was painful.  There was a strong attempt made to cheer him up when we got out of the car.  It didn’t look like it was working.  He wasn’t letting this one go.  Especially as Shy Boy skipped on in with Steve Backshall and his barbed hook clutched in his hands,

It was home for me where I desperately tried to surgically separate the tail from the crocodile.

Upon goggling it, I decided against using nail polish remover as the acetone can discolour some items. 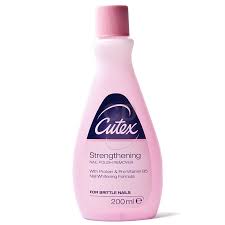 I filled a cup with some boiling water and threw the croc in for a swim.  Boiling water can soften the glue and with a little gentle persuasion, separate whatever you want removed. 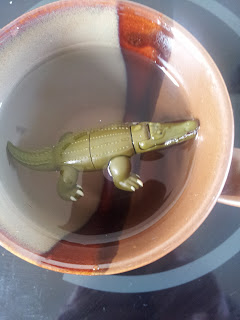 Five minutes later saw me looking at an amputee - the crocodile’s tail was in my hand but the stump was firmly stuck in the hole.

I remembered the forgotten crocodile Oldest Boy already has.  Also with his tail glued on.
I re-glued the amputee and left him to dry.

The other crocodile is sitting on an upturned wine glass and I am going to ask permission this time before I apply the nail polish remover.  After explaining what can happen. 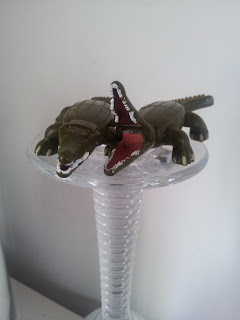 But first I will ask, “What would Steve Backshall do?”