Stuff I Said This Week 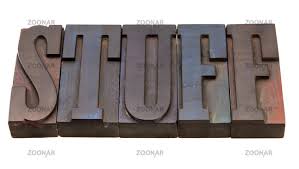 Sometimes I sound like a broken record.  And sometimes I like to shake it up a bit.  Y’know, keep ‘em on their runner clad toes.  Keeps it interesting.

I’ve heard it said that if you hear the same order/instruction all of the time, you tune out.  I know this is true.

On an average week I say stop! only about eleventy billion times.  Ok, strictly I don’t say it.  More like screech it at the top of my broken vocal chords.

Get off your brother/s! would be another oft repeated order.  Again louder than a whisper.

I think no! speaks for itself.

Pretty much par for the course, I think you’ll agree.  This week I came out with some others.
These are the printables!

Bollix!  So much so actually that now Smallest Boys says “bogg-ix” at the drop of a hat.

Get out of the bathroom!

Stop swinging out of the curtains.

Get down off the roof of the van!

No!  You absolutely cannot have a bloody treat!  You don’t deserve one.  (And ten minutes later)  Here!  Take the shaggin’ ice-cream and eat it. When it’s gone, it’s gone!

Who took my scissors?  I want it back. Now!

Don’t walk on the dog!

Put your brother down!

Look!  Look at those men searching for their balls!  (We were driving past a golf links at the time.)

Take your hand out of the dog’s mouth!

Liam!  (I have lost count of the number of times I called him.  I know deafness isn’t a joke but I was this close to losing my remaining marbles)

Don’t wee on the floor!

Don’t do your wee’s on the grass!

My favourite one would have to be:  He is a girl.  She’s just dressed like a boy. May god forgive me but I was trying to get some girls in the park to let Lovely Liam into “their” tree house.  I hope he’ll forgive me.