There comes a time in your child’s life when they are not even a tiny bit willing to go grocery shopping with you anymore but are still too young to be left at home by themselves.  And when Mister Husband has to work, I have no choice but to take them all with me.

I have become quite accustomed to random strangers in the supermarket talking to me about my boys.  Mostly it is lovely older people who comment on how healthy they are in order to disguise the fact that one of them is scaling the fridges as if he were on one of those climbing walls.  Other mothers are also fond of making contact.  Usually they have a screaming toddler in their own trolley so there are lots of knowing and sympathetic smiles exchanged.  It’s very comforting.  Not!

Once a store manager approached and helpfully informed me, as one of them was licking up the spilt sugar from the floor, that I can do my shopping online.  I like to think he was being helpful and not subtly banning us but I answered him honestly,  “As hard as it is with them all, I still like to get out of the house.”

Rugby tackles are common.  In the dairy aisle usually.  Tears are shed as the injured firmly believes he was having a heart attack.  I fire some chocolate buttons into him and give the attacker my best evil Madonna I’ve Just Been Pulled Off A Stage And You Will Suffer look.

This Saturday I had a member of staff scold one of them for messing with the flowers.  It is impossible for me to keep an eye on them all; I am usually begging them to stay close and not run off so I missed the reprimand.  I would have told him not to wreck the flowers had I seen him but it wouldn’t have bothered him. The fact a stranger chastened him had much more of an impact and he was quiet for about 89 seconds.

Last week one of them left a bag containing almost sixty euros worth of Xbox stuff in the gents upstairs.  We were on our way out of the centre when he began to hyperventilate with the fright.

To say I wanted to throttle him would be putting it mildly.  Two of the boys were already halfway to the door.

I swung the trolley towards Easons glass shop front, put my coffee underneath it, ordered Lovely Liam to guard everything and I took off.

I was Usain Bolt; a blur as I raced past the coffee shop in the middle of the concourse gaining on my two boys.  I swear it went silent as everyone stared at me racing past.  Of course they may have been thinking there goes another shoplifter.

I caught the boys just as they reached fresh air.  One of them had a paper bag dangling from his arm.  Oldest Boy’s bag of tricks.  The one he was searching for in the gents upstairs.

Stress levels run high for the rest of the day after a supermarket shop with my boys.

I remember one of the bigger supermarkets in my hometown providing crèche care whilst their parents shopped.  It was a conservatory type room with toys in it and frankly strongly resembled that scene from Toy Story 3 when the toys were donated to a playschool and the kids turned feral on them. 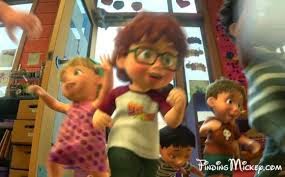 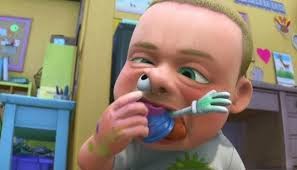 Supermarkets today need that service.  They do.  They also need to quit with those square slow cooker things in which the ladies cook sausages and the like. Get rid!  Those ladies should be handing out samples of wine!

The toy aisle needs to be bigger.  Much bigger.  Make it part of the crèche.  With lovely padded cushions and bean bags all over the place.

That way you can collect your wine sample(s) and then head into the padded crèche, take a seat and strike up a conversation with the mother on the Frozen bean bag beside you.  Your grocery list is being taken care of by a friendly member of staff whilst you quaff wine in the crèche.

What?  You didn’t think I meant for the kids to go in there did you?

They’d be outside.  In the car.