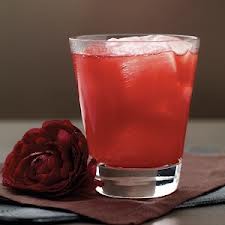 I bet you thought I was talking about something else.  Tsk.  I couldn’t honestly tell you what was in it but there was a heated debate over it tasting like a fruit salad chewy sweet.  It didn’t; it was more like a cool drink of heaven in a glass.  And it definitely tasted like more.
The last time I got drunk was the June bank holiday weekend.  Not this year.  Not even last year.  Way back in 2005.  Good times.  I feel quite proud of myself.  After being teetotal for so long, I was very much looking forward to Getting Out and furthermore, quite surprised to discover I didn’t keel over after the second glass of wine and was very much looking forward to another.  I had very willing helpers, and it felt great being social again.  The weekend was a lovely, delicious, treat.

My sister arrived to collect me and so eager was I to get going, I had jumped into the passenger seat and strapped myself in while she was still reversing the car in my driveway.  The ignition was being turned off, my sister was opening the door to get out and say hello to my boys and I was all, “you don’t want to go in, do you? Oh, alright then.  But only for a second.”  It was 7.30pm.

And in what seemed like the blink of an eye, I was climbing back into a taxi to go home. Time travel.  It does exist.

I think it was twelve hours later.  There was a distant and strangely familiar thumping sound.  I lay still in the bed.  Because I had to.  Yep, there it was again.  I tried to place it.  I mentally clicked my fingers, trying to jog my memory.  Come on, come on, you know this.  Mixed in with all the thumping was the sound of kids yelling and demanding stuff.  That’s what threw me.  The thumping was an old memory but the sound of the kids was a new one, mixed in with the old.  It all slotted into place with a loud click and dammit even that hurt.  I slowly opened my eyes and with yet another painful, dry swallow, peeled my tongue away from the roof of my mouth and was forced to accept that after almost 8 years, I had a hangover.

There was a lot of nnnngggghhhh’ing happening on Sunday morning.  Mister Husband came in to find out how the night went.   I wasn’t even in my own bed having come home to find Screecher Creature No. 3 and his daddy all warm and fuzzy on my side of the bed so I had to bunk in with Conor.  The kids were watching television or wrecking the joint, either way, Mister Husband, took advantage of a quiet moment and appeared to make fun of the hung-over lady.    Did you have a good night?  Hhmmmm.  (Yes)  Did you get in late?  Hhmmmm.  (Yes) What time?    I stuck three fingers up in the air.  Did you have much to drink?  Nnnggghhhh.  (Nnnggghhhh) What did you have to drink?  At that point in time I couldn’t honestly remember but I think it was alcohol.  Different types of alcohol.   Lots of alcohol.

The kids appeared then to get in on the fun.  The one who robbed my own bed space wanted to know what I was doing in his bed, the toddler hauled himself up and across to me where I received a hangover cure of a snotty kiss.  (Nnnggghhhh!) Over the course of the day it came back to me.  There was wine.  About three glasses before I left the house.  In the pub there was more wine.  Not nice wine so I had a little mental scuffle with myself about what I was going to drink next.  Some bright spark suggested vodka and bitter lemon so I had one of those.  Then the pitcher of cocktail showed up.  And then the rainbow orgy after that.  Nnnggghhhh!   Whoever invented hangovers should be taken out and gotten drunk!

Until the next time.  I’ve got about two months to practice before the next get together.  Well, you wouldn’t get out of bed and run a marathon without putting in the necessary training first, would you?
at 18:35