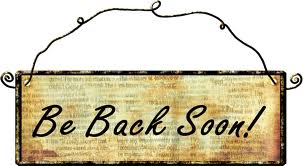 Tip to Reduce Weight:  First turn your head to the right and then turn it to the left.  Repeat this exercise every time you are offered something to eat.

When your week starts off with a two day hangover, you know it’s only going to go downhill.  And that’s exactly where it went.  And d’you know what?  I didn’t care.  It was batch bread with Nutella and strawberry jam all the way.  I didn’t even run to the school gate.  My weights are still on the floor, neatly and safely crossed one over the other, with a layer of dust and an odd sock draped over them. They’ve been there, untouched for the past week.

I managed one pint glass of my pond scum sorry, Green Matcha Tea each day but that did fek all to beat the sugar cravings.  And d’you know what?  I didn’t care.  I ate two, read it again, two of the I-will-in-my-arse share bags of Giant Chocolate Buttons on Monday.  One after t’other.  Oh wait, I gave three to Juno and four to each of the boys.  Can’t forget my Awesome Foursome.  Awesome Fivesome?  Anyway, I gave away 19 Giant Chocolate Buttons.  Yay me, right?

When the three o clock slump came to visit at midday on Monday I knew there was no way I was running that evening.  Way hay, maybe even that week. Decision made, I felt free and weightless. Almost like I was mitching from school.  Such boldness!  Such, such, I don’t know, I don’t give a shit-ness.

I took to my bed that night with a book that had been sitting on the stairs for over a month.  One I just didn’t have time to read.  I opened it and read until my eyes literally would not stay open.  I used to do that all the time.  Every night.

On Tuesday, there was group where I had elevenses consisting of Boaster chocolate biscuits, some mint Viscounts, chocolate fingers and two of those mini chocolate Swiss roll thingies with a streak of strawberry stuff going through them.  Afterwards, when I got home, there was a lovely luncheon of a Freddo Bar, the one with the caramel inside, not the plain chocolate one.  And a tub of Sour Cream and Onion Pringles.  Yum bloody yum.  The mono sodium glutamate coursing through my veins was incredible.  Such a buzz! Why all the bad press?

The rest of the week wasn’t much better.  And d’you know what?  I don’t care.  I took the week off.  The winter is here and it is starting to hit me.  I wanted to ease into it and take some time off.  A mini holiday.  I needed to be free of the watching of the food and just eat what I wanted to.  And I did.

Most of it was not good.  Not good at all.

I definitely needed a break from running.  It has been stressful of late trying to organise a night/s in which to do it.  With the evenings closing in, it hasn’t been easy.  The last thing I want to do at 7pm, is change into running gear, get into the car and drive somewhere to run for half an hour.

I was in my big, warm, fluffy dressing gown at that time each night this week.  Doing bed time stories with the boys and then roaring at them to get into the bed and stay there.  Issuing threats when they insisted on a few shenanigans.

It won’t last forever.  I will get crabby and crotchety again and feel the need for some running speed.  I will aim to run at the weekends and if I can manage a couple of indoor DVD workouts, I’ll be grand.

I think we all need to take a break once in a while.  It’s hard going at the best of times but easier to do it all when the weather is somewhat better.  I think, as mammals, it is a very normal and natural instinct to lie low during the dark days.  To go into hibernation whilst still functioning.  Looks like I had my little winter hiatus this week.