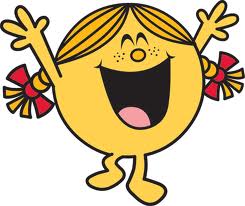 “If stress burned calories, I’d be a supermodel!”

I seem to be going through a bit of a negative phase at the moment.  It took me all of two seconds to make the decision to take last week off.  And I felt the better of it.  I must have needed it.  Little holiday over and much enjoyed, I was all set to get back into the swing of things by the weekend and I went out for a couple of runs.

But it stayed with me.  The little rest.  I liked how it felt not to have to organise stuff.  It felt nice not to feel guilty about asking Mister Husband what time did he think he would be home because I wanted to get out before it got too dark.  I felt guilty because he would come home so I could go running.   And I know he could stay on late to get through the back log.  So it was nice not to put him under pressure like that.

And then I stepped up on the scales as I usually do on Friday morning.  I still follow my little pointless ritual when I do that.  It’s not like a cup of coffee or taking off my coat before the weigh in is going to make much of a difference, but all the same I refuse the morning coffee and remove the scarf.  When I saw I had only gained a quarter of a pound last week I was both shocked and delighted.  Shocked that it was only a quarter of a pound.  I honestly thought it was going to be at least a pound.  Delighted that it wasn’t.

It’s to do with muscle apparently.  Fat turns to muscle which is heavier.  So running and exercising regularly may not see a noticeable difference on the scales but the change will be noticed in your clothes.  And that is exactly what I have been finding of late.

But it is still very disheartening.  I like the scales to reward me every week with a loss.  I like being in the black.  I was flinging chocolate buttons at the dog like there was no tomorrow in an effort not to eat the things myself.  I was chopping the crusts off the lads chocolate sandwiches (yes, I feed them chocolate sandwiches when they ask for them.  With hot chocolate) and eating them, telling myself they were my treat for the day.  I was being so good.  So will power-y.  And then the weighing scales would tell me that I was up X amount or still the same.  Grrr.

Being in the negative place I found myself last week, I was seriously tinkering with packing this series in.  Knocking it on the head.  I was going round in circles.  Nothing was changing.  And now the evenings are dark before 7pm and I know in my heart of hearts I am not going to go running through the town by myself.  I want to.  I really do.  But it’s too late and I have nothing left to give at the end of the day.

In an ideal world I would like to barrel out the door at 7am instead and be back in time for a quick shower and take the lads to school.  Meet the day head on and at the same time get the pesky matter of exercise out of the way so I don’t spend the rest of the day thinking about it.  Don’t get me wrong.  I enjoy running.  In fact I love it.  But I would prefer to do it early in the day and not later. It would also eliminate the amount of time I spend wondering about when or if I will actually get out later on.

I was going to admit defeat and go on my merry way.  I don’t like going on and on about trying to lose weight.  Especially if it isn’t happening.  I’m not miserable with how I look, but I do want to tone up the midriff.   13 weeks ago I was full of confidence.  Half a pound a week, I said.  It’ll be easy peasy, I said.  I can do that.  That’s nothing.

It was a lot harder than I anticipated.

But guess what? Guess bloody what?  I thought I had been losing a pound here and there and putting it back on.

That is half a pound a week.  We’ll just ignore the other three weeks, ok?

5 pounds!!!! I have lost 2 stone 6 pounds since June 2011.  I have two more pounds to go to reach my target of that half stone I mentioned at the start.

Correction:    Today’s weigh in changes things.  Changes them entirely.  I have lost six and a half pounds in total.  I am now a half pound away from my half stone goal.  Will I keep going?  Will I heck!