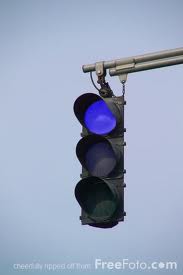 So I brought the boys to the open day at our local fire station.  It’s good for them to have a healthy interest in fires and how dangerous they can be.  It was also the perfect opportunity to knock any dormant pyromaniac tendencies they might be harbouring out of them. Off we went.

On the way in it was not the shiny red fire trucks lined up in the yard that caught their attention.  Nor was it the bright yellow fireman helmets that were being handed out.  Nope, my boys spotted the table inside the door with the free chocolate muffins on it.  They didn’t get it off the ground I suppose.

After they procured for themselves a few fridge magnets, some pens, a chocolate muffin or two each and the bright yellow fireman’s helmet, we joined the relatively short queue to have a go of the fireman’s hose.  There were different settings on it and they were encouraged to aim at holes in a large board in front of them.

Because my lads were too busy messing in the puddles that were created from all the water, they kept missing their place in the queue and when they finally got to the top, the fireman had run out of water.

Never mind, the chip pan fire demonstration was coming up and with an air of excitement and wonder they took their place at the front of the ribbon. It was all done with the absolute best of intentions and meant to be a learning experience for all concerned, but lookit, when boys of a certain age (0 – 90) see an out of control fire there follows out of control excitement.

The chip fan was set alight and within minutes it was clear to all present just how dangerous an unattended pan of hot oil can be.  Scary stuff indeed.  For some.

“Whoa!” my lads screeched, hugely impressed.  “It’s an inferno!  How cool is that?”

“Eh, lads,” I said nervously.  “It’s not meant to be cool.  This is what can happen if a chip pan catches fire.”

Time to move on.  Over in the corner of the yard were two tin cans that, in a previous life, used to be road worthy vehicles.   Excellent!  Another lesson in what can happen if you don’t pay attention.

This is the sometimes twice daily conversation that takes place in my car when we stop at traffic lights.

It’s the three year old who sits just behind my left ear, affording him a perfect bird’s eye view of the road in front of him.

And this is what I say on the sometimes twice daily event.

“Liam. We are at traffic lights and there is a large truck in front of us.  See those lights, Liam?”

“It’s green now, Mammy.” One of the others helpfully points out.

Well, it was red.  And where exactly am I supposed to go anyway?  I must have wondered this out loud one day as Liam said, “There, Mammy.  Go that way.”  He was pointing to the opposite side of the road.  Where the oncoming traffic lives.

“We have to wait till the lights change, Liam.  And if we go down that way, well, we’ll get in a crash and die.”

I believe in telling it like it is.  I am not having a boy racer living under my roof.  Drum road safety into them at a young age is what I say.

So when I saw those terrifying crashed cars, I hauled my three year old boy racer in the making over to get a look at them.

“Look at that, Liam.  What that do you think of those?”

There were large transformer like claws vice gripped onto the accordion pleated doors and the wind screen was a smashed spider web of broken glass.  He stood looking at them.

“That, Liam,” I intoned, “is a smashed up car.  From when someone was driving too fast.  From going faster.  From passing people out.    From not waiting till the lights went green. From driving on the wrong side of the road. See?  Squished.  Absolutely squished.  Broken racing cars.  Maybe even broken bones.  What do you think of that then?”