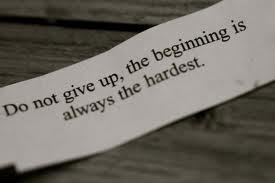 I will be 40 years old tomorrow (Jayzus lads, I’m milking this one!) and the lucky mother of four boys under seven tender years.  (Jayzus!)  Needless to say I am not a size 8-10 anymore. Now I am a perfect candidate for those Dove adverts. (I wish!)

Tonight I have decided to recap on the shedding of my baby weight.

Last June twelve months, when our then five and a half year old was rushed to A&E for a chest x-ray due to breathing difficulties, I stepped onto a weighing scale in the hospital to

weigh our baby.  Shur, he was grand.

I weighed in at 13 stone four and a half pounds.  Jayzus! I was disgusted with myself and knew there and then that the 3am savaging of Lidl Mars bars had to stop.  I was officially "heavy."

Heavy for me I would like to stress.  I am not tall, and it was time to stop making excuses for myself.

I was breastfeeding at the time and using that as a justification to pig out. I cut down on the chocolate and the first week alone I lost three pounds, such was the amount of the stuff I was putting away.  I swept and scrubbed floors in our new house as a form of exercise.  Conor had been diagnosed with asthma and I embarked on a dust killing mission.

I also began walking every day.  At first I would turn left at our gate and walk for 10 minutes.  It took me 15 to walk back home.  Pretty soon I was walking an almost 5k circuit under no pressure at all and a little thought took root in my head:  "I wonder would I be able to run this circuit."

The weight was melting off all the time and with the help of my music, I started to run for half a song and walk till I got my puff back.  Then I would repeat the step.  The next time I went out I ran for an entire song, etc. etc.  Then I bought a book called Run Fat B!tch Run! and was peppered with even more inspiration.

The first time I ran that circuit, it almost killed me but by god, was I proud of myself.  I am now what they call a runner.  I run for shits and giggles, to set myself new challenges every day.  I completed my first and so far, only, 5K race earlier this year in the Phoenix Park with Ray D'Arcy from Today FM.

Now, if the weather and time constraints aren’t too awkward, I average 5k three to four times a week and if I cannot get out on the road, we are lucky enough to have a large garden.  12 rounds of this field sees me complete my 5k target.  The neighbours think I am a candidate for the loony bin - me and a black teenage Labrador racing each other round the garden with four small kids standing on the decking shouting, “run fat bitch, run,” at me.

That last bit is a lie.  The kids are in bed or those old enough to sit still for 20 minutes, watch a cartoon whilst I pound the ground for my sanity.

August 3 rd saw the birth of this Big Bird series.  Four months later my attempt to lose a half stone by Christmas has surpassed all expectations.  I have lost 9 pounds to date.  I have 4 more pounds to go and I will have lost three stone since June 2011.

Yes, I am pleased with myself. I feel great.   I did it! I’m still doing it!  At times it was hard going but I kept at it.

I’m feeling all nostalgic tonight.  It’s almost Christmas (where is the atmosphere?  Answers on a postcard please!) And this is my last Big Bird instalment.  Oh ok, you will most likely hear from me in 2013 banging on about how I gained X amount over Christmas.  It has been said that the average person will gain 5 to 8 pounds over the festive season.

Enjoy every last one of them!!!

Anything that is gained that quickly will also be lost quickly.  Don’t stress.  Isn’t the New Year
the perfect time to get back on track?  Just don’t, please, don’t join a gym.  Don’t get me wrong.  Gyms are good.  Gyms are very good.  But it is also another very well-known fact that those of us who fork out every January for a gym membership don’t use it!

They go for maybe the month of January but that’s it.

If you must sign up, find one that allows you to join for three months.

If you are interested, I have a couple of tips that were very helpful to me over the last 18 months.

Don’t do everything all at once.  Making that decision is always the first step.  Once that is done, you are on the way.  Do something small every week.  For example, next week resolve to drink more water.  Keep a glass on the sink or your bedside locker or a bottle on your desk.  Keep it close to hand and most importantly, drink it.

Then the following week keep drinking the water and maybe cut down on chocolate.  Notice I said cut down and not out.  You don’t want to be miserable.

By the end of those two weeks, I promise you, there will be a difference.

The third week, with all the water and the cutting down of the chocolate/bread/booze whatever your vice is; go for a twenty minute walk during the day.

That’s it.  That is all you have to do. Simple steps but do them every day.  They can’t but make a difference.

Do I have to mention my magic Matcha tea again?  Oh, alright.  I am still drinking it.  Two large glasses a day.  Don’t tell anyone I said this but it is bloody expensive stuff at €20 to €25 a tin.  I average two a month easily.  But I don’t smoke and I don’t drink.

Stop laughing!!!!!  I drink very little.  This year I have been out three times so far.  The odd bottle on Friday night and finished on Saturday.  Not that I am explaining myself to anyone.  I’m just saying……

The budget was a bastard so the tea might have to be brought back a little bit but I’m playing that one by ear.

Take it from me; there were weeks when I was amazed I had lost anything at all and shocked to find it was a pound and a quarter!  (Week 17)  I attribute the Matcha Tea to that.

I have had some lovely people approach me about this Friday night’s blog and how they find it inspirational.  Thank you!  I found putting all of my cards on the table to be a pretty good incentive to keep going.

But most importantly of all; be kind to yourself for God sake.  Whether you are on a health kick or not.  Make it fun and it will get done.  Remember that!

And remember this too.  In fact write it down and stick it on your fridge where you will see it several times a day – “Real women are fat.  And thin.  And both, and neither and otherwise.”  Hanne Blank