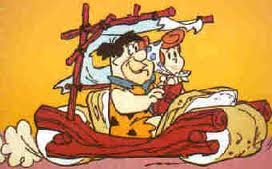 I was 8 months pregnant with Screecher Creature No. 2 when we received planning permission for Mister Husband’s Dream Home.  Five years ago.  I remember it because not only was I with child on the holy day that is The Immaculate Conception, that day is also my birthday.

He spent months, possibly years, drawing his brainchild, tweaking this and that, asking me for my opinion which was given and then always nicely but firmly not taken on board as my ideas did not match the vision he had in mind.  In fairness to him, he consulted me every step of the way.  He even spent his Saturdays in DIY stores and small family run businesses collecting brochures for bathroom furniture, door handles and other bespoke bits and pieces.  The preparation was fastidious and very carefully thought out.

Did I mention I was eight months pregnant and riddled with hormones?  A house build was the farthest thing on my mind.  When Mister Husband was discussing things like wheelchair accessible bathrooms next to our bedroom on the ground floor for our autumnal years, this to me translated into towels and shampoo.  DId I enough of those in my hospital bag?  Did I pack an extra towel for the baby?

When he spoke of under floor heating, all I could think about was under sheets for the baby’s cot.  Looking at colour charts made me think of smarties.  All those lovely colours you see.

So fast forward a few months, Screecher Creature No. 2 was very much integrated into the family and it was time to submit the plans for approval.

Huge spanner in the works.  Major headache for Mister Husband.  Newly post-partum crazy lady about the house or not, he wasn’t best pleased with me.

It didn’t matter that I had indeed been consulted at every junction; I didn’t like the fact that our sleeping quarters were downstairs while the boys were to be deposited upstairs.  I was practical about it then alright.

Who was going to be getting up in the middle of the night when there was a bad dream, or when someone needed to do their wee’s, or if there was a fall out of a bed, a possible need to settle a sleep walker, or to offer a drink?  Me, that’s who.  And what would happen in the event of a fire? Nope, this wasn’t going to work.

In the wind up, the arse fell out of the construction industry, Mister Husband altered a few details on the plans and the bog got bog standard sanitary ware, which is just fine thank you very much.   The house came along in many fits and starts and the day arrived when we just had to bite the bullet, pack up out of our old place and move into the new.

There was a bit of a rush to complete the downstairs bathroom, put down some sort of floor covering and turn two rooms into bedrooms.  We would make do until such time as it was possible to complete upstairs.

A little tiny bit over two years later and that time is upon us.  We are finally ready to embark on the Big Move Part Deux.

This year we might even have a proper place to put up the Christmas tree.  Last year that conversation went something like this:

Our Christmas tree was barely two foot tall and it sat on the counter top.  It was the top deck of an artificial model.  It was also the only way to endure the festive season with three mobile boys in the house.  The smaller the tree the better.  The smaller the mess every day and the fewer the arguments about them tearing it apart, the better.

This year the older boys have outgrown a festive fascination with an indoor tree, but Smallest Boy will be in his element.

Him and his four legged constant companion, Juno.

This year it will be a toss-up between him and the dog as to who does the most damage to it.

What was I thinking?

Ah well.  This year, definitely, without fail, I will be able to escape the mayhem and retreat upstairs.