The Drugs Do Work. So They Do. 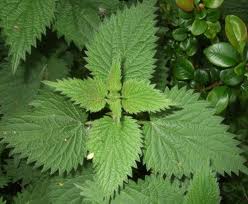 Don’t know which ones The Verve were taking coz mine are kicking in nicely, thank you very much.

I’m sick folks, I tell you, sick.  Not as bad as a small hospital. Nor was it self-inflicted.  Or maybe it was. I don’t know.  How does one acquire a dodge throat, a sore head without alcohol and a set of shoulders that feels like they have been pumping weights when I know for a fact I haven’t touched my weights since Tuesday.  The day it all kicked off.

I was putting my rumbly tummy down to the beginnings of the cursed vomiting bug that is doing the rounds at the moment.  We had been in contact with some small victims over the weekend and I just thought my constitution wasn’t as tough as I had made it out to be.

No puke fest though. Instead my throat started to seize up, my chest, front and back, began to feel like I had pulled a muscle from making the dinner and being over-zealous in scooping the dog poop.

I am never sick, I mean never.   The last time I was taken down by an illness that started off pretty much like this one, was about fifteen years ago.

The last time I was in hospital was to have a baby and I don’t even get sick when I’m pregnant so I decided to treat myself.  Seeing as it’s Christmas and all.

What kind of sickness might I like to have?  I’ll have whichever one gets me most bed time, if you don’t mind.  I realise this is not the most politically correct way to be talking about an illness but I was feeling sorry for myself.  All wrung out, no-one to mind me and four kids doing their damndest to break the Guinness Book of Records for noise pollution.

We are also a drug free house.  The most you might find is a child sized bottle of Nurofen under the kitchen sink, a couple of out of date sachets of Lemsip and a furry paracetamol tablet or two in amongst all the plasters.

I ripped open the Lemsip and added a fist full of cloves.  I grabbed my new Maeve Higgins book, my Christmas treat to myself, and crawled up the stairs like the ninety year old woman I felt I was and into my bed.

Swallowing at this stage, even a soothing lemon drink, was like forcing down little bits of razor blades.

Oh yes, it is very safe to say I was feeling sorry for myself alright.

When I woke on Thursday morning I knew I had to call in the big guns.  This, dose, whatever it was, wasn’t getting better.  In fact I felt decidedly worse.

It hurt to talk and it was hell to swallow.  I also wasn’t eating.  Christmas was a mere 5 sleeps away and I knew I couldn’t let this go on.

I wrote some time ago about a certain little boy’s huge excitement at going to the doctors.  I was a bit like that myself on Friday.

Which magazine will I take?  Or will I redo my shopping list?  Maybe I will just sit still in the waiting room for ten minutes until I am called.  Will I do that?   It would be like taking a little trip down memory lane, remembering what that was like to have no-one pulling out of me, banging off me or looking to have their rear end sanitised.

Nope, this was going to be time for me.

See, my sisters were coming over to stay with the troops when I went in to cry on the doctors shoulder.

I was a tad excited if I’m to be honest, underneath the burning throat and heavy shoulders.  Of course that could just have been the weight of the world, too.

Isn’t it awful though, being out of action?  Even if it’s just a snivelling cold.  I don’t know how people with a real show stopper of an illness manage.  I really don’t.  I congratulate and sympathise in equal measures.  I don’t think I could be quite as humble.

I felt a bit of a fraud when I was called in.  I didn’t have a dirty cough, no aches or pains to speak of except from my shoulders up, front and back.  But wait, what’s this?  I did have a temperature.  Thank god!  Proof indeed that I was poorly.  And my throat was definitely dodgy.

I agreed whole-heartedly with the lady doctor when she said “we can’t have you like that for Christmas.”

Yes, Doctor.  No, Doctor.  Can I have my lovely prescription (as further proof) now please?

And then the lovely pharmacist totally agreed with the doctor's diagnosis.  “Are you miserable?”

I shrugged bravely and told him I was grand until that morning.  Oh look, some nice cute little hand warmer mitten type things.  I’ll take these too, please.

“You of all people need to be on your game at this time of year.” He said then, wrapping my impulse buy.

I absolutely agreed with him.  A lovely little carved reindeer tea light holder yoke caught my eye.  Before I knew it, he was putting that in my bag too.  In with the anti-biotic and Strepsils.

“What were you taking up till now?”

I told him I wasn’t taking anything.  You know, Super Mammy and all of that but sure I suppose he might as well throw in a packet of paracetamol.  Just to be on the safe side.

I eventually got out of there before my wallet was emptied altogether.

It appears I do one of two things if people are nice to me when I am out of sorts.  I will either (a) burst into tears at their concern or (b) if they own a shop, spend lots of money in grateful thanks.

I took to my bed nice and early that night too and enjoyed a couple of night sweats.  I am being sarcastic here.  I most certainly did not enjoy them.  Night sweats are disgusting.

It is not quite twenty four hours later and although my throat is still in shite shape, I don’t for the life of me know why it never occurred to me to take something for the pain before.

Probably because I don’t get sick and don’t keep pain killers in the house.  That could be it.

But drugs rock!  Forty years old and no-one has ever told me this.  You live and learn I suppose.

Swallowing is still uncomfortable but thanks to the paracetamol I was able to thunder though half a tub of Salt and Vinegar Pringles in my sick bed last night.

Throat was grand but Jesus, those things can strip the inside of your gob so they can.