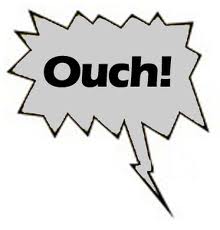 Kids are fascinated with their bodies.  That’s a good thing.  They need to know what their parts are for and how they work.  And following on from that, what to do when said body parts aren’t firing on all cylinders.

But you don’t stick square pegs into round holes.  Or in this case, yokes up your nose.  Smarties (Not looking at anyone in particular, Conor.  Just saying) Or beads found on the floor in group.  (Again not pointing any fingers whatsoever at Liam)

The odd thing about smarties is they don’t melt very well.  And certainly not when they are shoved up a nostril.

In both cases I could see the obstruction so the removal was made a bit easier.

I was in luck too as my lads love a big snotty mess so there were no objections when I asked both of them to “block their hole” and blow as hard as they could out of the other one.  (Use rude words too.  They love that!  Even if they are not aware of puns)

I am not going to say which one it is as I am suddenly mindful of how this blog might come back to haunt them in later years.  So his identity shall remain protected.

He started complaining that it hurt when he went for a wee.  Oh dear.

Oh dear for me as that meant more checking in places where I’d rather not go.  For him it means stinginess and discomfort so I reckon I got the better deal.

This is where “special cream” comes in very handy.

Get some.  It’s fantastic stuff.

“Special cream” can be bought anywhere.  You would know it as Sudocream.  Or Vaseline.  Or plain old E45 if you so wish.  Just don’t tell the kids that.  To them it’s “Special Cream” with super healing powers.

But, and there is always a but.

But it only works at night.  That’s when the specialness activates, see?  (Activates.  Ac-ti-vate.  Verb. To make active.)

Stick in the odd “what does that mean, mammy?” word every so often and two things happen.  It adds mystique and power to the sentence and it also extends their vocabulary.

Try not to swear too often though.  Even a new word with a couple of syllables.  Trust me.  They will never ask you what that word means but they will remember it.  And they will use it.  In our house they think Bollix is a long lost relative.

Back to the “special cream.”  I made such a big deal out of the uh-may-zing clout ours had that the Boy Sufferer would wake at all hours during the night to have some applied.

That can happen too.  Check the small print before you buy “special cream.”  If they don’t mention the possibility of night time wakening’s you are entitled to your money back.
So after two nights of this and increasing complaints during the second day, I knew our “special cream” wasn’t working.  Time to bring in the big guns.

The excitement.  God help us and save us.  The poor little blighter was all excited at the prospect of going to the doctors to have his “willy fixed” that I wasn’t sure if he was getting confused with a trip to the toy shop.

I kept it simple.  Who am I to burst his bubble? I didn’t mention that when we were telling the doctor about his ailment, there would most likely have to be a show as well.

He marched off to school, 6 foot tall, clutching his sample jar which his teacher was instructed to fill before lunch time.

With Boy Sufferer’s urine sample, I hasten to add.  Not hers.

We got to the doctors and sat in the busy waiting room.  He thought it would never be his turn and I mused over what might happen when he had to show his wares.

I started having conversations with him in my head.  “You know when we go in here, the doctor might want to have a little look.”  And “Let the doctor have a look.  Just for a minute.”  Jesus, that was going to made a balls of the stranger danger chat in a few year’s time.  As would, “Go on.  Drop your trousers.”

How on earth was I going to do this if he objected?  Then I decided that if he did refuse to bare all, I was not going to push the issue.  His body.  His choice.

My fears were unfounded.
Our turn was called. He beat me and his younger brother to the door.  In fact, by the time I scooped up my bag, Smallest Boy and made it into the doctor’s room, Boy Sufferer was already in there.  He had his kaks and underpants down round his ankles and was waddling with all the grace of a penguin across the floor to the lovely lady doctor.  Without further ado he cheerfully and expectantly pointed his willy winkie directly at her.

And looked very pleased with himself while he was at it.

And I am pretty pleased with myself too.  I have obviously instilled a good body beautiful impression in him.