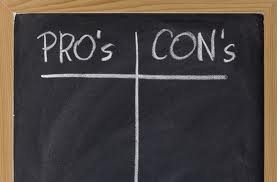 I had to have a moment (and a quick bar of Green & Blacks Hazelnut and Blackcurrant)* to calm my giddy nerves before thinking this one through.   I think everyone knows who the above rides/gentlemen/fine things are.  In case you’ve been living under a rock since the 80’s and over the last 12 months (and if you were, I can’t say I blame you!) these are the specimens in all their damn fine glory.

Since becoming a mother my attention span has declined so I like to read stuff with lots of pictures and few words. **  Watching telly never happens unless it’s kid’s cartoons.  This is something that once upon a time would have given me heart palpitations.  What will I talk about now?  How can I join regular conversations if I don’t watch the soaps?  Will people look at me funny if I tell them “Sorry, I don’t watch that.  I don’t watch television?”

It came as a surprise to me that conversations don’t revolve around Coronation Street, EastEnders or Emmerdale.

But a lot of conversations do come round to Home and Away.  That would be all of Brax’s doing and the fact that he was in Ireland over the New Year.  I didn’t get to see him but I have been reliably informed that he does feel as good as he looks.  Apparently he is a lovely fella altogether and didn’t flinch or cry when 6 of my sisters descended upon him at one of his appearances.

There was a look of confusion and panic at one stage, however, when one of them demanded of him: “C’mere you!  What are you doing with that young wan?  She’s a minger.  I’m up for the craic.  Here!  Do you want to sign my sliotar?”

Poor fella.  And not a drop of alcohol in him.  I hope he got well paid for his troubles.

But I admit to settling down on a Saturday evening with a glass of white and a week’s worth of Home and Away to watch back to back.  My one little guilty pleasure.

When I was younger, as I alluded to earlier, I used to watch a lot of television.  One of my absolute favourite programmes ever, was MacGyver.   Holy Mother of Gawd!!!  As a very, very young wan I loved him in an I-wish-he-was-my-big-brother kind of way.

Not so much anymore.  If you get my drift.

The man, and he is a man, is what we call A Fine Thing.

And over the Christmas, Mister Husband found for me, a whole heap of MacGyver episodes on Netflix.  139 of them to be exact.

Does he not want his kids to be watered and fed until well into the spring?

Between Brax and the resurgence of my gra for MacGyver, I have found myself in a fantastic fantasy world where I have to pick between them.

It’s so hard!  There is only one thing for it.  I will have to make a list.   To help me decide.
So let’s see.  I’ll start with Brax first.  The Fine Thing.  His bad points/disadvantages are as follows:

Now for his good bits.  Or his pro’s if you will.

MacGyver is next.  The Absolute Ride.  I’ll start with his good bits.

Oh, look at that.  MacGyver has no bad bits.  Looks like we have a clear winner.  Move over Brax. There’s a real man in town.

*Green & Black’s Organic Hazelnut and currant 60% chocolate, chocolate bar.  100g bar.  All of it.  One delicious square after t’other.  I don’t feel a bit guilty.
Well, maybe a bit.

**  I have moved on from reading magazines and can be found quite often reading a proper book.  With long words and everything.  And no pictures.
at 19:08