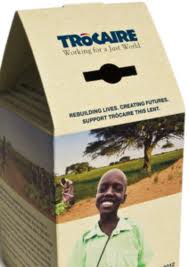 So Lent has rolled round once again.  A time in which you are meant to prepare for the greatest/biggest/most joyful (was that not supposed to be Christmas?) of the Christian festivals known as Easter, by beating yourself up over thinking of things you have done wrong.

You go on this guilt trip repent by taking your good catholic self, off to a barren dessert somewhere and abstaining for 40 days and 40 nights.  I know!

If you are Irish you usually give up chocolate or booze. I know!

And it all kicks off with someone daubing ashes on your forehead.  I know!

If you are of a mind to Google this religious phenomenon, please be careful about what you type into the search engine.  40 Days and 40 Nights brings up something entirely different indeed.

Of course, I was thinking of zombies and I had a huge movie blockbuster in mind.  Won’t make that mistake again.

Oldest Boy learned all about Lent in school and he was delighted with himself.  We had one of our rear view mirror chats in the car on the way home.

Conor:  Can I have a big huge box when we go home?

Conor:  I am giving up chocolate for 14 days, coz that’s Lent, and I am going to save it all in the box and have a big party at the end.

That seemed to change things somewhat.  For the next half an hour he found more loopholes in giving up chocolate for lent than in a dodgy solicitors closing argument.

Conor:  Jellies aren’t chocolate so I don’t have to give those up for Lent.

Me:  Conor, you don’t have to give up anything for Lent.  Some people take up something instead.  They might decide to do something nice for someone every day.

Conor:  That’s a long time to be nice though.

He took a break as we had reached the supermarket.  But he continued from where he left off when we were back in the car.

Conor:  I can eat it if it’s got chocolate on the outside and the inside but not if it’s all made of chocolate.

We drove straight out to nana’s where they went mental for an hour and a half and I drank coffee.  Conor, in all fairness to him, wrapped up his jelly snakes, courtesy of nana, and took them home where he promptly stored them in his empty tin.  Loophole No. 1 surprisingly forgotten about.  But before we left, the boys requested a hot chocolate.

Conor found himself presented with another deal breaker.

Conor:  I can drink hot chocolate and eat the marshmallows because they’re not really chocolate.  Besides, I couldn’t put it in my box because it would get cold and probably spill.

And then, just before bedtime, he remembered something.

His mother, that would be me, in her approaching dotage thought it was Valentine’s Day on Ash Wednesday and handed Mister Husband his small box of love heart chocolates.  A whole 24 hours in advance.

And, as I knew he would, he gave one to each of the boys before he left for work.

Conor:  It doesn’t matter that I ate a chocolate love heart this morning, sure it doesn’t?  Because I didn’t know about Lent then.  I only learnt about it today in school.

Who am I to say differently?  I just hope his three younger brothers don’t get too close to the top of his bed where they might see the “hidden” empty Cadburys Heroes tin with to date, 5 jelly snakes, a lollipop, a Flake bar, and some fruit shaped jellies carefully concealed within.

My own burning Lenten Fast question is:  does Nutella count and who makes the rules for this game anyway?