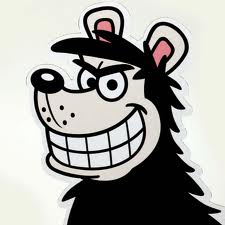 I was gifted with some discoveries this week.

The first one was; it is not only kids that can pack your bags and send you on a guilt trip.

I already knew I was fond of our dog but it was really only when I found myself boiling chicken fillets for her after an operation, and then feeding them to her piece by piece, did I realise exactly how much.

It’s pretty difficult to hold water in the palm of your hand but nothing was too much for Our Juno that evening.

Guilty because she was so scared and traumatised when she came home, for a long moment, I thought we had been given the wrong dog.

Guilty because when it was time to bring her back to the Vets for her post op stiches check-up, she cowered on the floor when she saw her leash and I thought she was about to have a heart attack.  She was trembling. When I rubbed her down and spoke to her, I could feel her heart thudding inside her ribcage.

In the end, after a lot of persuasion and coaxing, she jumped into the car and behaved impeccably during the drive in and back again.

But still The Guilt.

After all of that finding out exactly how fond of Juno I am, was not the discovery.

Rather it was watching her become re-united with her genitals after having being denied access for 10 days.

Funnily enough, she still likes to hump things.  Me in particular.

I think I’m winning in the popularity stakes.  She only humped Oldest Child twice this week.

The other discovery involved the towels in our downstairs bathroom.

Oftentimes I would see them streaked with mud, toothpaste, markers and what not.

Change the towels.  And on a regular basis.

You bet your ass I do.  And even more regularly now.

Due to living with a dog and a 22 month old who like to eat stuff and chuck items down the latrine respectively, it is necessary for the toilet paper to live on the window.  Up high.

Our boys have improved greatly in the bathroom etiquette department.  The puddles on the floor have all but stopped as a result of their perfected aim. Getting them to flush afterwards, however, is on on-going challenge.

Discovery number two was walking into the bathroom and finding one of the lads using the towel on the rail in which to wipe his manhood.

“You’re supposed to use tissue paper!”