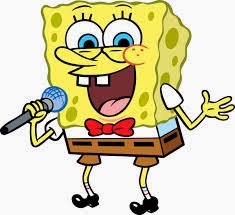 I make no secret of the fact I use the television as our unpaid baby sitter.  When people ask do I have help, as in why don’t you have an au pair, you silly person? I tell them I do have help.

I have the TV.

And furthermore, it is essential to their linguistic skills.

We send our boys to the local Gael Scoil and they are loving it.  In Ireland, from the day you enter the primary education system at the age of 5, let’s say, till the day you leave, at the tender age of 17, you learn your native tongue.

Yet only some of us can actually speak it.  Fluently I mean.  I have a few catch phrases along the lines of the sun is shining and there isn’t a cloud in the sky. (Ironic, I know.  It being Ireland and all)

The first line in every single Irish essay I wrote was always, “suddenly, the dog started barking.” Asking permission to use the bathroom was drummed into us the very first day of school and of course, please and thank you are obligatory.  That would be about it.

Our two oldest boys on the other hand are making major and impressive inroads with the language.  It is fantastic to hear them seamlessly meld from Bearla (English) into Gaeilge (Irish) whenever we meet a Muinteoir (teacher) out and about.

And now, thanks to the unpaid baby sitter, they can add American-ese to their language skills.

For the Irish, yes, but absolutely definitely maybe for the Americanisms.

Some of them are quite straightforward.  They speak for themselves.

Others get the accent for added measure.  The boys are big fans of that annoying yellow Sponge and his Bikini Bottom home.  They pronounce every other character in their regular Irish accents but Gary gets called “Gay-ree” in perfect American brogue.

Their fun and games are often interrupted with “Back in a sec.  I gotta go pee pee.”  I suppose it’s better than what they could say.

When I was little, apparently I referred to my sisters as “the lads.”  My boys round each other up with calls of “you guys.”

“Totally awesome” describes anything from a treat to a piece of rock.

“I don’t feel like that right now,” is usually in response to meal times or going to bed.

The older two declare “swweeeeeeet” at anything that moves if they like the look of it.

The other day when I tried to herd Shy Boy off the couch and away from a totally awesome cartoon, I was given an incredulous, “you gotta be kiddin’ me!”

Like, oh my god, what do you say to that?