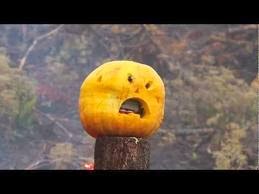 At the beginning of mid-term break I came down with envy-itis.  Over the course of two days I had been exposed to Halloween plans that included mini mid-term breaks and get away’s.

It mutated into full on resentment-itis when I came in contact with pictures and messages from people at Dublin airport, upon arriving at their destinations and following up with in-depth details about how much they were enjoying themselves.

This morning it was guilt-itis as I admired, marvelled, oohed and aahed over fantastic trick or treat pictures on Facebook.

I refused to let the kids see them because we didn’t do any of that.

Oldest Boy went to a Halloween party and I was at home with the other three.  It would have involved taking them out in the car and into town to visit housing estates where they don’t know anyone and no-body knows them.

In the lashing rain.  In the dark.

Call it laziness on my part but I just didn’t have the energy after being at home with them for the last four full on days.

It wasn’t as if they sat around the house all week.  There was the cinema, the swimming pool, a couple of visits to a café, an indoor play centre, walks, there are birthday parties yet to come, a visit to nana’s, McDonalds.  We did something every single day.

For the last five hours or so I have been pestered by Oldest Boy asking for his shopping bag of e-numbers.    His haul from last night.

I could give it to him and he might stop following me around like a silent puppy, tripping me up at every turn but it will also cause blue murder with the others who don’t have such a bag of horrors.

And it will definitely result in another cold sore outbreak next week after his sugar fest.

Sugar is Oldest Boy’s trigger and I have just managed to kill the last one from the Halloween party in school.

It is decision time.

He can have his bag of muck but has to share with the others.  And allow them to select what they want rather than be handed the duds.

There will also be no Halloween parties next year unless everyone is invited.  Or we have our own.

Can you say bah humbug to Halloween or is that just for Christmas?

On the plus side, all of the decorations were down before 9am this morning.