How do You Know There Is a Tummy Bug in The House? 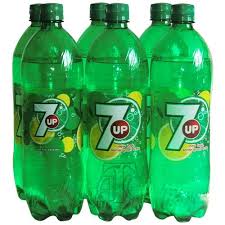 We managed to go a few years since the tummy bug virus hit our house.  Maybe even three years.  Could be four.  I can remember the relayed vomiting very well but I am a little cloudy on the time frame.

Pure luck I’m sure as the boys were certainly exposed to it during that time. Take this year for example, kids were literally getting sick outside the school gate.  Some days mine would come home with a tale of how yet another friend was sick in the classroom.  Falling like flies, apparently.

I had to go and comment, innocently, at the wonder of it all, how mine were still standing.

Until they weren’t.  Literally.  This tummy bug was a nasty one.  Wiped them out one by one and rendered them incapable of walking.  A six and seven and a half year old had to be carried up and down the stairs and into the car.  The four year old was the luckiest one.  He complained of a pain in his tummy, puked mid-sentence and carried on in his typical as you were fashion.

Those would be the obvious signs that there’s an unwelcome guest in your house.  But there are others.  Like your washing machine and dryer begging for mercy, the unmistakable smell of puke and pale, ashen faced kids lying about looking like they are at death’s door.

You haven’t cooked a proper dinner in 5 days (not complaining about that one) and the most money you’ve spent in one transaction was for more 7UP, pressed apple juice and bathroom tissue.  There are more questions about poo and the consistency of same than you can shake a stick at.   You have unfunny conversations about cramps and asking your child to rate their soreness on a scale of one to ten. 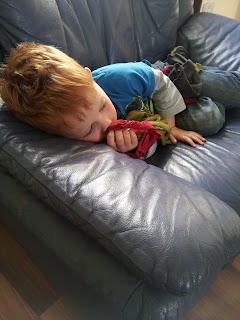 The kids are quiet except for the odd moan.  Every now and again their stomach grumbles and growls with alarming noise levels before the poor blighter bolts to the bathroom, where he remains for at least five minutes.  They can’t walk and have to come down the stairs on their bottoms.  If a car trip is absolutely necessary, having to collect the latest bug victim from school at midday for example, the sick kids need to be carried out to the car.  Harry Potter is on a loop.  Your sink is full of used tea bags and you have to warn people to stay away from the house.  You manage to lose two pounds through not eating anything yourself for two days.

Just when you are losing track of the days of the week, the bug seems to lift.  How do you know?  Again, there are a few clues.  They sleep all night without any mad, panicked dashes to the bathroom.  Your carpets finally seem to be getting a break.  You suspect you may have given them a lifelong aversion to 7UP (not a bad thing) and they start refusing toast but requesting Rice Krispies.  They can walk again and noise levels begin to return to normal, albeit slowly.

However, there is one dead giveaway that the tummy bug has finally loosened its hold.