Yummy Mummies In Shock Over Departure of Home and Away Regular 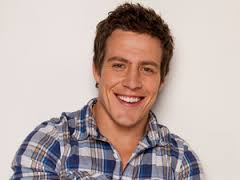 The stillness of an early summer morning in a sub-urban housing estate in Kildare was shattered recently when it was announced on social media that Steve Peacocke aka Darryl “Brax” Braxton was to hang up his River Boy boots for good.

“He’s the best thing in it.” Mairead Fenton commented on the Home and Away stars imminent departure as she prepared lemons for the coffee morning in honour of the news.  “The girls and I, we’re devastated so I’ve decided to do something to cheer us all up.”

Guest of honour and self-confessed biggest fan Louise O’Shaughnessy was ashen faced.   “I’ve been watching him for years!  Got my picture taken with him and everything when he visited that nightclub in Maynooth.  I’m disgusted!  What a fickle fucker.  Flash the bright lights of Hollywood in front of him and he’s off.    Wait!  WiIl this be an official quote?  Jesus!  Take out the fickle fucker part, for fuck sake?”

Mairead paused in her lemon slicing.  “Here.  You’re looking a bit pale.  Did you forget to fake tan again?”

“Seriously, though,” Louise wasn’t taking the news lying down.  “First it was Ray D’Arcy feking off to that other fecking radio station and leaving me with nothing to fecking listen to in the mornings.  This latest is too much.  No-one has any loyalty anymore.  I’m thinking of boycotting Home and Away altogether.” 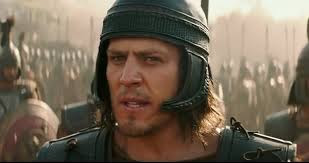 “Anyway, I’ll be serving quiche and lemon tartlets.”  Mairead said as her other guests began to arrive.  Some of them were already crying and needing to be supported as they walked into her house.  This could have been genuine upset or maybe their heels were catching on the carpet.   “Gav has taken the kids out for the morning and given me and the girls free run of the place.  He knows how these coffee mornings can go."

In between G&T’s and Lily O’Brien chocolates I asked some of the other’s how they felt about the news.

“Gutted!”  Said one.  “Do you know I named my son Darryl after him?   Mind you my husband hates the name and refuses to use it.  He likes Barry.  There’s been a few rows.”

“I’m going to go out on a limb here,” another announced.  “He was overrated.  End of.  Shout at me all you like.  Wake up and smell the coffee – the man was a drug dealer.  A drug dealer! Imagine all of your faces if your daughter showed up with a drug dealer.  You’d be singing a different song then!”

“The thoughts of watching Spartacus on Lazy town again, are killing me!” Louise O’Shaughnessy wasn’t letting this go.  “Jesus, I’m not able for this.  There’s absolutely no-one of any decent ride-able quality left on the telly now.”

“They’ll be grand.”  Mairead reassured me as I was leaving.   “They’re all just a bit dramatic.  I did warn you.  We’re going to sit down now in a few minutes and watch some Buffy box sets.  Everyone will get all hot and bothered over Angel again and before you know it, there’ll be an Ann Summers booked for the weekend.  Wait and see.” 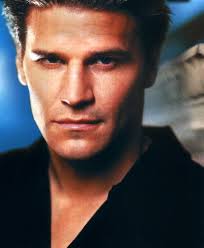 Home and Away the Australian soap is broadcast on RTE during lunchtime.  If you miss any of the intricate storyline or just fancy a bit more eye candy it’s repeated at tea time.  Or you could save it all up and watch five episodes back to back on the RTE player Friday nights.  Tell your partner to brace themselves.