I heart Halloween.  Heart it.  It is so cheerful, so colourful, such fun and as inexpensive or as costly as you wish to make it.

I know cheerful is an odd word to describe Halloween.  It is supposed to scare the bejesus out of you (Freddy Krueger anyone?) but I think the combination of the traditional orange and black colours are just gorgeous. 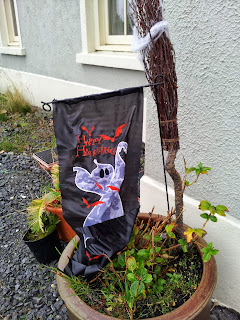 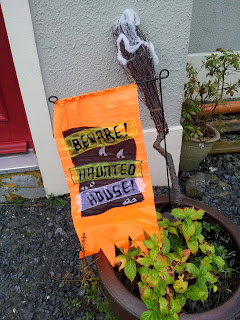 It’s great craic.  Parties everywhere, kids trick or treating, costumes to rival those on a film set.  No such thing as a black bin bag and a 99p mask anymore.

And if I can make myself stay out of the Halloween aisle in the supermarket and the discount stores, then it is not hugely expensive.

It is one week to the Halloween mid-term school break and in preparation I flung up a few decorations. 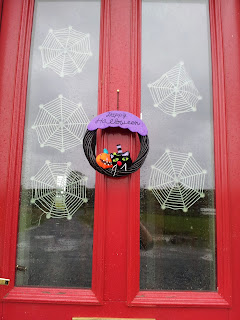 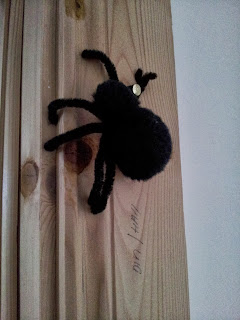 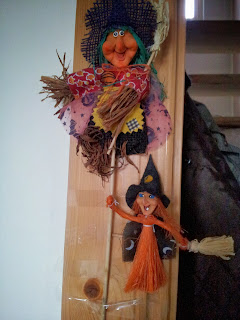 I couldn’t help myself.  The window pictures went up and after an initial “me don’t like him” from  Smallest Boy at having Frankenstein move into his bedroom, once he saw the effect from outside, he was more than welcoming.

And Halloween wouldn’t be Halloween without the obligatory pumpkin.  At 99c per kilo it’s not the cheapest but *if I make soup out of it* I’ll really get my money’s worth.

One of my favourite decorations is simple but creates a lovely effect.  Jam jars painted with fluorescent paint and a tea light popped inside.

In case you were wondering about the title.  We have a womzie in the house.  You and I would know it as zombie but this is how Smallest Boy interprets it.

Wonderpants have always been in existence.  Everyone wears them.  Instead of a cape.  Because that would be just too obvious.

Happy Halloween everyone.  Eat, drink and be scary! 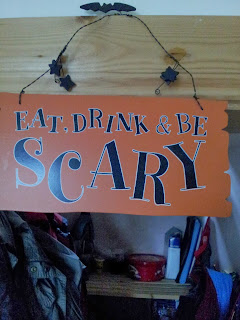