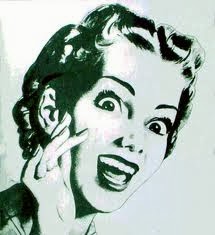 Some of my not so wonderful mothering moments have been when:

I gave them corn flakes for tea. Or chocolate sandwiches.  I must have shares in Nutella at this stage.

I send mixed messages like “Leave that plant/computer/alone! Stop jumping on the furniture,” and the next day let them wreck the plant, abuse the computer and use the furniture as gym apparatus just to get 10 minutes peace and quiet.

I discovered a dirty nappy just as we are leaving the house and decided to let the girls in the crèche sort it when I got there.  Twenty minutes later.

I was snoozing on the couch and heard the distinct suck of the freezer door being opened.  Screecher Creatures were in search of their third ice-cream.  And I didn’t stop them. (Summer time, post-partum bad mothering moment)

I told Oldest Boy the ice-cream van that insisted on showing up at 7pm during the summer, was an ambulance.

One of them had a rotten cold and a streaming nose the colour of St. Patrick’s Day.  I foolishly, foolishly took him into a “boutique” and was forced to hide a black ensemble when he used it as a tissue.

They want to go swimming on Sunday and I tell them Sunday is the day they pull the plug and clean the pool.

The then baby decided he didn’t want to sleep at night time.  He spent the next couple of weeks sleeping by my bedside in his buggy.

The two year old walked into crèche and announced for all to hear that “the f*@#ing car” is broken again.  They don’t get it off the ground you know.  Apparently.

I “killed” the Old MacDonald tractor toy by stamping on it. Hard.  There were only so many times I could listen to that rhyme!
I accidently on purpose threw some toys into the fire because if I told them once to pick up after themselves, I told them a dozen times.

It was Christmas Eve (babe) and I toyed with not telling the Screechers about Santy’s imminent arrival because I knew sure as eggs is eggs; they would be at my bedside at 4am.

The baby got recycled toys out of the attic for Christmas.  In our defence, he was only 8 months old.

We spent €28 for two hours in a shopping centre crèche just so Mister Husband and I could have a cup of coffee and a chat in peace.  Expensive bloody coffee but so worth it!

But you know what?  They’re all still alive and none the worse for it.  And so are we.