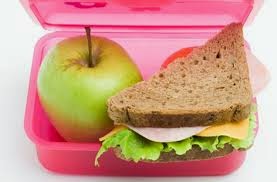 AT first I thought it was going to be the school lunches that killed me.  I did.  I was convinced of it.

But now I know it will be the parking situation at the school.  I am.  I'm convinced of it.

Let’s look at the lunch box situation first because I know you’re dying to.

I am that mad eejit mother who makes proper ham and chicken sandwiches. From roast chicken and a small “eye of bacon” thing which are cooked special like every two days.

Guess what else I do?  Cut the crusts off one set of sandwiches. 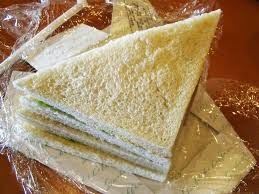 At the risk of repeating myself, I am that mad eejit mother.

Then there is the small matter of the remaining lunch box contents.

It is an absolute head wreck!

Then, just to shake it up a little and keep me on my toes, there was a subtle difference in parking at the school.  Or maybe not so subtle.

Our school celebrated its tenth birthday at the beginning of the month.  The first classes to occupy the school consisted of approximately 15 students.  As those classes have vacated the building and moved onto Secondary, their departure has made way for the new full capacity classes of 30 Junior Infants to enter the system.

Loads more pupils but the car park has stayed the same.

I used to be able to hop in the car 15 minutes before pick-up time, arrive, be able to park comfortably and still have time to get to the school gate.

These days I need to leave my house a full half hour before pick-up going, “Come on lads, let’s GO!  If we don’t go now I won’t get parking and we’ll have to walk two miles to the gate!”  I clap my hands at them and everything.

If I leave the house even two minutes later (it’s happened!) all the spaces will be gone and I can be seen going “FUCK!” (It’s happened!) As I drive round the car park with squinty eyes, cursing at the shite, inconsiderate parking. 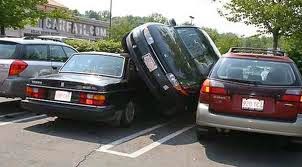 When I do get parking and collect the older two boys they will always ask, “What’s for dinner?”

So on Monday, for example, I tell them it’s roast chicken.

Response:  “Awwwww!  I hate roast chicken.”  Completely missing the point.  Which is - it is a roast dinner on a Monday!

Response:  “Awwwww!  I hate brown chicken.  Hate it.”  Completely missing the point.
Which is -  it is a roast dinner on a Tuesday!

Wednesday.  “Before you ask, it's spaghetti bolognaise.”
Response:  “Awwwww!  I hate string pasta!”  Completely missing the point.  Which is - this is your mother’s idea of a lazy dinner.  Lay off!

Thursday:  “Pancakes today.”
Response:  “Yeah!  I love pancakes!”  “So do I!”
“Me too.  Great.  My favourite!”  Totally overseeing the reality that was two roast dinners in favour of a pint of milk, two eggs and a few ounces of flour!  Ingrates! 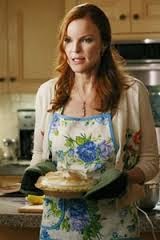 Maybe it will be dinners during the week that end up killing me.

Breaking it down my kids eat well and it is up to me to leave the house in time to get parking.  But I’m not convinced.

Which one of us has to suck it up?