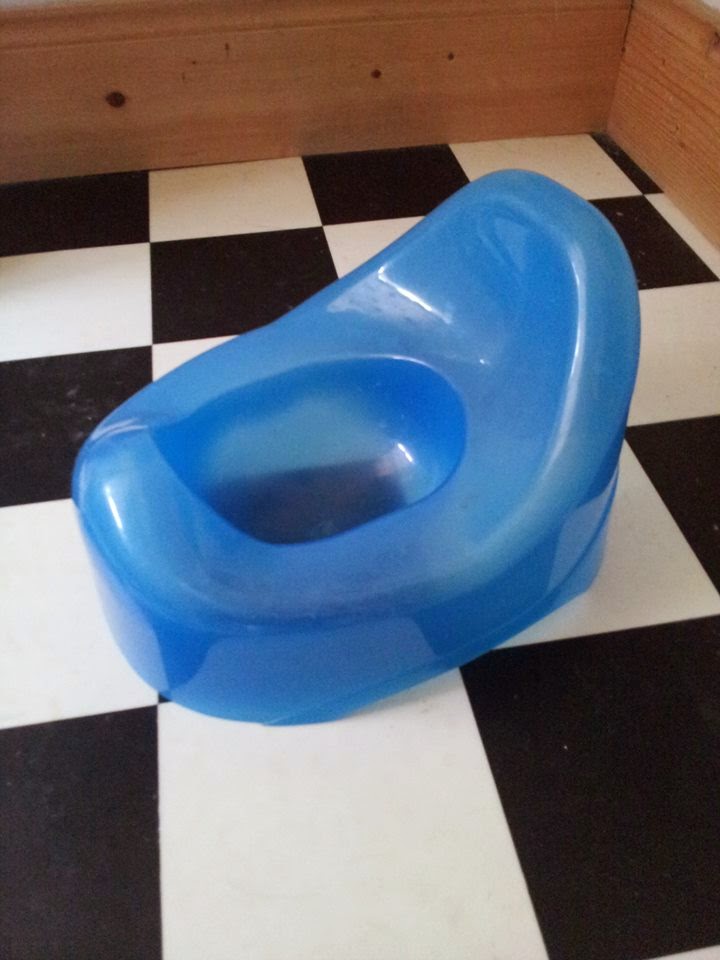 I wrote the odd mental note to Múinteoir stressing he did not have incontinence issues or an undiagnosed bowel problem, just a strong attachment to his waste catcher.   And if she had a few moments in between the Modh Coinniollách and lón mhór, she might have a go at it herself for me.

Okay, it wasn’t a fear exactly and I believed he would be using the bathroom without a second thought and all by himself by the time he turned 18, but the thought did cross my mind nonetheless.

This boy was hanging onto his padded bottom for dear life and refusing to entertain the idea of Big Boy pants.  Didn’t matter what cartoon character was emblazoned on the front of them, he eschewed the notion entirely.  Even bribery in the form of chocolate was greeted with a firm, “No!  Love my nappies.  Want to wear them forever!”

Then he began to ask if he could do his wee’s and his poo’s.  He would stand beside me, hopping up and down, crossing and uncrossing his legs, depending on what his need was.
A sure and definite sign that he was ready and I suggested he use the potty on each and every occasion.

“I can only do them in my nappy.  They won’t come out on the potty.”

And then. This very morning he announced “I’m about to do my wee’s.  I think I need the potty.”

I dropped the whisk thingy, pancake batter splattered all over the wall, and ran to do my boy’s bidding, hardly daring to hope.  As I was fetching the potty, he was busy removing the lower part of his pyjamas and dry nappy from the night before.

Expecting him to change his mind as he had done 78 times since the summer, I dropped the potty on the floor and watched, amazed, as he took position.

Standing up seconds later, a massive grin on his face he announced “See?  I had lots.”

And indeed he did.  Of course me and Mister Husband went completely overboard with the high fives and congratulations.  You’d think the boy had passed diamonds and not urine but lookit, he is mere weeks away from being three and a half.

He got paid the princely sum of 50c for his efforts and I was this close to nipping that one in the bud, let me tell ya.  I am all for a little sugary treat for emptying the bladder but not emptying my wallet for the same procedure.

The absolute coolest thing about this particular potty training event is, strictly speaking and the occasional spot of questioning him over his reluctance aside, he did it all by himself.

And secondly he is the only one who wasn’t clad in fleece tracksuit pants for the experience.  He is able to manage the button on his trousers and everything.

With only one accident since eleven o’clock this morning, I am very very confident I might just be able to claim this one trained in 6 hours as opposed to the others taking three days to do it.

Now, anyone for leftover Lidl nappies?