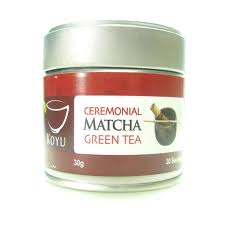 Wine does not make you fat.  It makes you lean…..against tables, floors and walls!

The clocks went back!  It is officially winter. It is now dark at 5pm and I don’t like it!  Not one little bit!

Bring back the summer.

I tried to be positive and think of some things I like about winter.  I came up with one:  The look of it.  It’s gorgeous!  Especially the frost and the snow.

And that was it.  I tried, I really did but there are just too many things I don’t like about winter. Like the dark.  It’s no fun getting up in the dark and going to bed in the dark.

The cold in winter.  Although that one is easily solved; just put on extra layers.

Winter is a mucky, nasty old business.  Our ancestors bulked up for the winter in order to survive.  All we have to do is wrap up warm and eat readily available comfort food.  It is very hard to stay motivated when the wet and cold weather are not the best enticement for getting out to exercise.  Plus, all those lovely warm layers I spoke of earlier are just too handy and convenient for hiding the results of all of that comfort eating.

Someone threw a spanner called Halloween in the works too, and thanks to a new law that was passed a couple of years ago, it is now more or less illegal not to finish off what the kids bring home in their trick or treat bags.  Our lot came out of school last Friday and remained on a sugar high for a full and painful 48 hours.

During that time there was swimming lessons and a Halloween party which saw more hyper activity and a broken toilet!   I’m thinking of doing Monday with Pictures post on that one alone!

It will be the last time I speak out loud of all the running I will do during a break from school.
I got out the grand total of twice.

At this rate the lovely purple and turquoise Shock Absorber and orange runners I have my eye on won’t be needed!

I am still drinking my miracle tea but there has been such a run on it at the moment, it wasn’t in stock last week.  I was instead, offered a similar tea but one that suggested a stronger hit.  I was a tad alarmed.  I didn’t need a stronger hit.  Or did I?

The Japanese Matcha green tea is great.  I am finding it really good.  I can only speak for myself but it really has curbed those sugar cravings.  I have been in great form for the last month, nicely energetic and upbeat.  If it’s not broken, don’t fix it, or so the saying goes so I was dubious about trying a different tea.

One called Koyu Ceremonial Matcha Green Tea and it comes in a red tin.

I did indulge during Halloween.  Like I said it is illegal not to.  But I certainly did not go crazy.  I think it would be safe to say I did not want chocolate.  I had some.  Some but not a lot.  Not a lot at all.  This stuff works!!!

Since I mentioned the tea five weeks ago I have had people ask me about it.  When I first read about it, it had me at the claim that it is good for treating mild depression.  Anything after that was a bonus.  So I googled it and I was amazed at all the other health benefits it offers.  This stuff seemed amazing altogether.

I am going to bypass the science bit and recommend that you investigate the wondrous properties yourself, but for me, it ticks all the boxes next to the reasons I tried it in the first place.  It really does help with low energy levels, the sugar cravings are more than reduced and I am in good form.
But don’t take my word for it.  Here are the testimonials from three other people who have been drinking it as well.

Sandra says: “That tea is great for making you feel not bloated. Also great for your skin- I made a homemade face mask and found it great!”  She also said: ” I was down 2 pounds. I drank it twice a day for a week and a half and then maybe once a day for another week. The beauty with losing the 2 pounds was that I wasn't dieting, in fact I was eating more than usual with being off the cigarettes!”

Victoria Principal says: (Not her real name!) “Drinkable.  No urge to snack.  All good.” When she was hung, drawn and quartered in an effort to get more from her, she added, “Down two pounds last week and also this week.”

Gina says: “I don’t necessarily feel any different and am still eating more or less the same.  I haven’t noticed any significant change in my mood/energy levels or appetite.”

We won’t pay too much attention to Gina as she has her weekly weigh in on Wednesdays and she is coming to the end of her first week of green tea drinking.

If anyone else is going to go ahead and put the tea to the test, I’d love to hear how you get on. Just remember not to make it hot.  It is to be taken cold or tepid. I’d hate to discover someone destroyed theirs by pouring boiling water on it!
October 26th – ten stone eleven pounds
November 2nd – ten stone eleven and three quarters of a pound.  (Up three quarters of a pound)