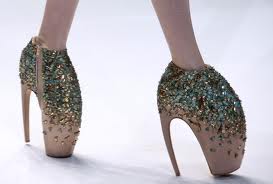 Sure is but what if you are just regular crying?  Say with a cramp or a sick tummy? A little present from one of your kids.  Ok, so I wasn’t crying.  But I felt like it.  The best part of having a tummy bug is the very strong possibility that a couple of pounds, if you are lucky, will be dropped. But is it worth it?  Who really wants all of that messy discomfort to shed what is realistically just water, which will be regained the following week.

My kids had a tummy bug last week.  I had previously mentally threatened to have Smallest Boy out of his nappies by summer next.  He will be two and three months old then.  For the last two weeks I was changing him up to 5 times a day.

Enough already!   Here it is in writing:  he is going to be thrashed out of them.  Never will I be as glad to see the back of something.  His older brother holds the current record in our house for potty training himself at just two and a half.  No pressure, Brendan but we are getting off that nappy conveyor belt.

As for me.  The tummy bug hasn’t come to fruition yet.  It is still rumbling away there in the background and if it flares up on Saturday, I will lie down and cry.

I have been looking forward to this night out for ages now and it would be just my luck to have to cancel it.

Tomorrow evening I will be dining with up to 12 other people for our Christmas Mammy Dinner; the first one of my Two Nights Out.

I treated myself to a nice dress and am pleased enough with it.  And typically, in the same way when you are waiting for a bus, three will appear.  I now have three dresses to choose from.  Three!  That’s a whole lotta dresses.  Particularly for someone who has lived in jeans for the last seven years.

We got out of the house last Sunday for a few hours and low and behold, the shopping centre we visited had a great sale on and very unusually for me, I managed to find two dresses on a sale rail that actually fit.  And what’s more, don’t look too bad.

So three dresses now.  Decisions, decisions.  That is a problem I can get on board with.  However, never for one second did I imagine my feet would be the problem.  I have been wearing flat shoes and boots for so long now; my feet do something funny when a pair of heels show up.

They take one look at the nice shoes and swell up a little bit.  My normally size 5 feet suddenly find water from somewhere and they refuse to slip into the shoes.  A bit like Cinderella’s mean sisters trying on the glass slipper.

If I force them on, there follows unbelievable pain with the removal of skin and feet bent into claws. I suddenly know how ballerinas must feel with their broken toes, no toe nails and deformed feet.  How. Do. They. Do. It?

I refuse to.  I have come a long way and shoes have to be more than nice looking.  They have to fit.

Is there the foot equivalent of skinny knickers out there, I wonder?

This week was not good in terms of exercise.  I didn’t get out for a run and I am really missing it at the moment.  I managed two and a half Davina workouts.  I say two and a half because the half one was interrupted when Smallest Boy woke up.  I tried to finish it but swinging weights around when there is a small boy under your feet trying to catch them is a disaster waiting to happen.  I gave it up and jumped in the shower.

The weather was fantastic.  Fantastically cold but give me that over wet rain any day.  I was very envious when I saw a man out running one morning.  The ground was silver, the car needed to be thawed out and our breath was pure white in the cold air.

The runner had on shorts.

I was freezing just looking at him but at the same time, wanted to get out there too.  It is my intention to get in two runs over the weekend.

I must be doing an awful lot of talking about getting a new pair of runners.  This morning Eldest Boy commented on the Christmas raffle ticket stubs that were on the counter.  I explained they were for his school and wouldn’t it be lovely if we managed to win first prize of €500?

His response?  “You’d probably waste it all on a dress and new runners.”

How’s that for being kicked into touch?

To date I have lost 10 pounds!