Saved by the Croup 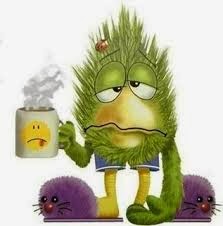 I may have mentioned a few weeks ago how a tiny pink little squish in Group made me feel broody.  I believe I used the word scared.

I told myself it, the broodiness, would pass.  It always does.  I have become quite accustomed to getting the odd belt of it every now and again but as soon as the baby responsible is gone, it is literally a case of out of sight, out of mind where I am concerned.

It also does not help that at the moment, almost everyone I know on Facebook is pregnant or they have just had their baby.  I mean everyone.

I reminded myself that I will be 41 soon, putting me at 42 having my fifth child.

Even the words fifth child weren’t enough to put me off.  That little pink squish knocked me for six.

I told myself I would not be referred to as a 42 year old mother of four on my hospital chart.
Or even a 42 year old multi-gravidia (when you have been pregnant two or more times) rather I would now officially be a geriatric mother.

A geriatric mother is medical labelling at its absolute best.  It means you are 35 or over and pregnant.

Then I found myself seriously revisiting my “whichever comes first; fifth child or my 40th birthday” deadline.

I’ve met it and passed the first part.  A whole twelve months ago give or take a week or two.

I dangled early day’s nausea, weak(er) pelvic floor muscles, the bump feelers, horrendous exhaustion and raging hormones about like a mad woman in a desperate bid to squelch the broody.

But I watched Lovely Liam doting on the infants at Group.  I see Shy Boy playing gently with his little girl cousins.  Oldest Boy just pretty much ignores them all, hoping I suspect, none of them touch his stuff.

I found myself imagining how they would react with the news of a new baby.  Oldest Boy would probably regard me as science project.  It would all go over Smallest Boys head.

It was a nice pink day dream.

But it bloody well wasn’t going away.

And then Lovely Liam came down with a bout of croup.  Granted days and nights one and two were the worst of it.  And like all things sickly, musical beds were played with much gusto during that time.  And naturally there was lots and lots of unbroken sleep.

Repeat the above steps.  Except Smallest Boy sleeps like a starfish so when he finally stopped gasping, wheezing and coughing like a seal, to fall into a restless, sweaty sleep, he did so face down with his arms and legs akimbo.

I gave up that night and slept on the floor.

It was when I inhaled a ball of carpet fluff and tried to massage life back into my numb arse and leg, my sanity returned.

Battling its way through sleep deprivation, my worst enemy, but there it was.  Looking a bit sheepish round the edges, but definitely there.

It spoke to me, my sanity did.  Loud and clear.

It said, “Over my dead body are you having another baby.  Got it?”